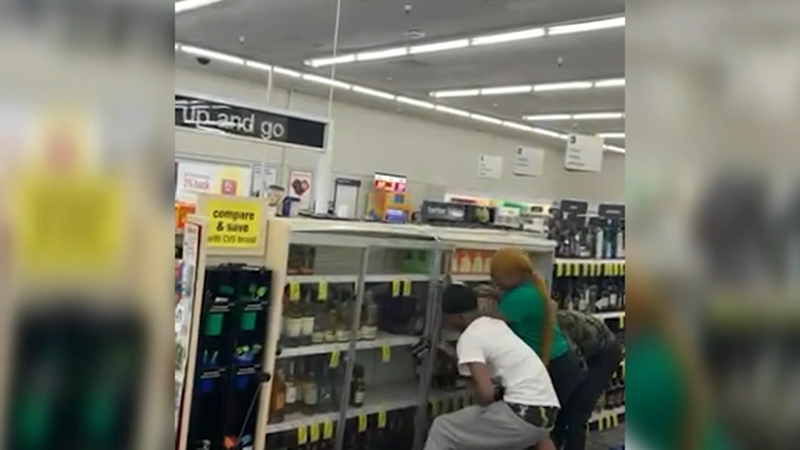 A customer recorded video of three people ransacking the liquor cabinet at a CVS on Herndon and West Wednesday night.

The store's employees never reported the crime, but Action News took action by sharing the video with police.

Investigators identified Schirrell Cummings and Reginald Taylor as suspects and arrested them Friday.

Cummings already had several warrants out for her arrest because she has skipped court on a series of similar cases where the charges include "organized retail theft."

"In some of these cases, the aggressiveness that they took, their stance when they stole these items and walked out, it constitutes robbery by force or fear, so they're going to face some serious consequences," the chief said.

Cummings also previously mocked the zero bail system on a police department's Facebook page when she was released after a large alleged theft in 2020.