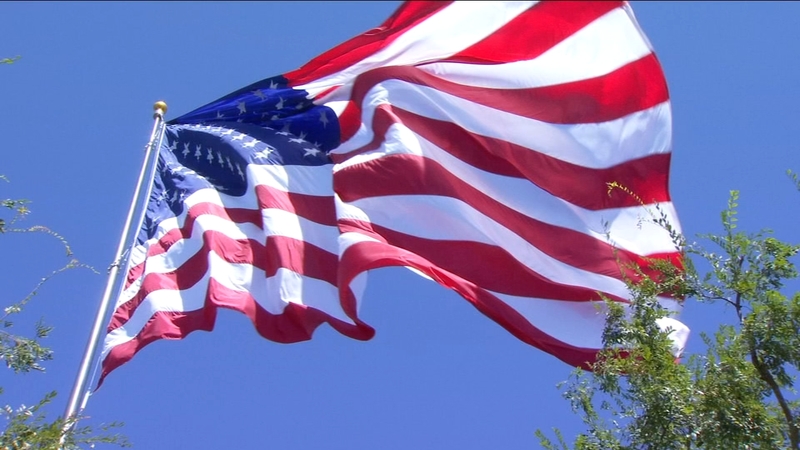 CLOVIS, Calif. (KFSN) -- A giant American flag waves in the middle of Schneider Electric's Clovis campus, where the public is invited to attend Tuesday morning's ceremony to remember our fallen and surviving heroes from September 11th.

He is part of the committee that has helped organize this event over the last 17 years.

During that time organizers have been forced to cut back on many of the ceremony's extras -- due to financial restraints.

But thanks to the generosity of one local company, Tuesday's observance will be an expanded version of its former self.

"We will be presenting five wreaths again, you'll have a flyover, you'll have bagpipers and drummers and the Marine Corps doing the 21 gun salute, you'll have the National Anthem song by Margot Kim," said Olson.

"I hope that people in town can come out be reminded on what happened that day and the importance for me is to let people know I ate breakfast that morning with a group of guys that 30 minutes later were gone," said Retired New York Firefighter Andy Isolano.

The 9-11 remembrance ceremony will begin Tuesday at 8:30 a.m. at Schneider Electric in Clovis