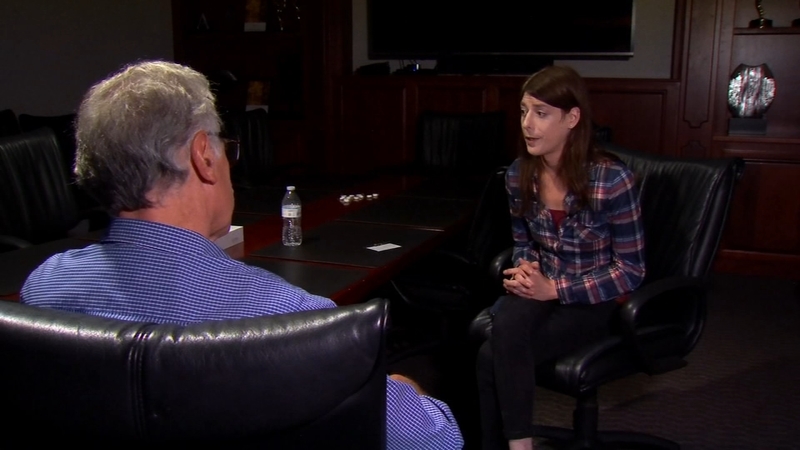 FRESNO, Calif. (KFSN) -- Maddie Wade said she was happy working for Starbucks until she told her manager at the store at Herndon and Milburn about plans to transition from a man to a woman.

"He had expressed his trouble wrapping his head around the situation."

In a lawsuit filed in Fresno County Superior Court, she alleges the manager expressed concern because of his personal religious beliefs. Wade claims his treatment toward her changed, and her hours were cut.

"We had a great working relationship beforehand, so it was kind of easy to see the difference, and over time I just started getting treated worse and worse."

In March, Wade transferred to another Starbucks at Blackstone and Barstow but felt the discrimination followed her, and because of the stress on the advice of her physician, she resigned.

She later discovered social media posts by her former manager that contained disparaging comments and jokes about transgender people.

She is seeking unspecified damages and wants to make a point.

"To bring attention to the issue that is obviously pretty clear, I'd really like to make a change, make a point, not everybody will stand up when they are prompted to, but I guess I'm that person in this situation."

While her suit names the Starbucks Corporation she says she still loves the company.

"I love Starbucks I wouldn't say anything negative about them just the individual that represents them. "

In response to the lawsuit Starbucks replied they had not seen the suit, but in an e-mail to Action News they said:

"At Starbucks, we strive to create a culture of warmth and belonging, where everyone is welcome and have zero tolerance for the harassment of our partners or customers. We encourage all of our partners to alert their local leadership the moment they feel uncomfortable or unsafe at work. In those instances where partners don't want to speak with their manager or choose to remain anonymous, we have processes in place that allow them to provide details over phone, email or fax."

The company also offered a link to a video which shows how they support their transgender partners.