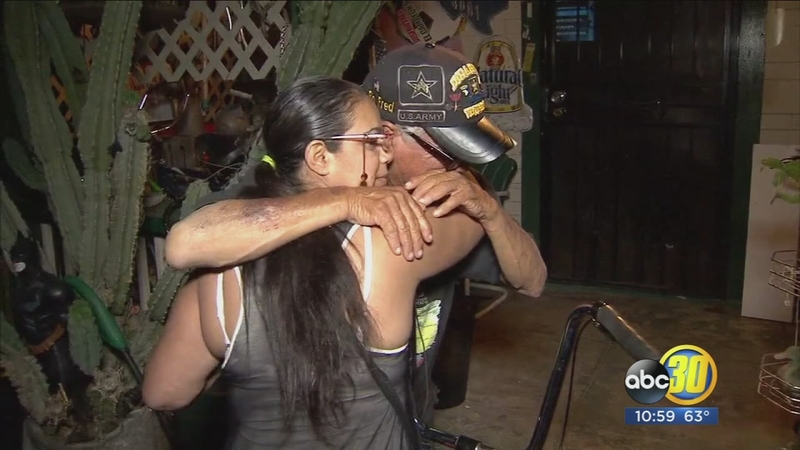 FRESNO, Calif. (KFSN) -- A Central Valley couple stepped in to help a Vietnam veteran who had his bike stolen a couple days ago.

Federico Rendon, who is known by friends as Big Fred, says his bike was stolen from his front yard. It's the second bike of his that's been stolen in the last year and it's his only mode of transportation.

Minutes after Rendon's story aired, a Fresno couple reached out to Action News saying they wanted to help. We linked up with them in front of Big Fred's home for a surprise the 69-year-old was not expecting.

"What is this?" Big Fred said in disbelief.

"We wanted to give you a bike." the couple said.

"Give you this bike."

Wrapped in disbelief, the Purple Heart servicemen was overwhelmed with emotion, even refusing to take the gift.

After being reassured it is for him, Big Fred decided to let go of his pride and accepted the three-wheel bike he needs to get around.

But what was said is a simple message from the woman who donated the bike and felt Big Fred needed to hear.

"Thank you for fighting for our country," she told him.

And so before the night was over, Big Fred hopped on his new ride for the first time and felt something he says he has not felt in a while.