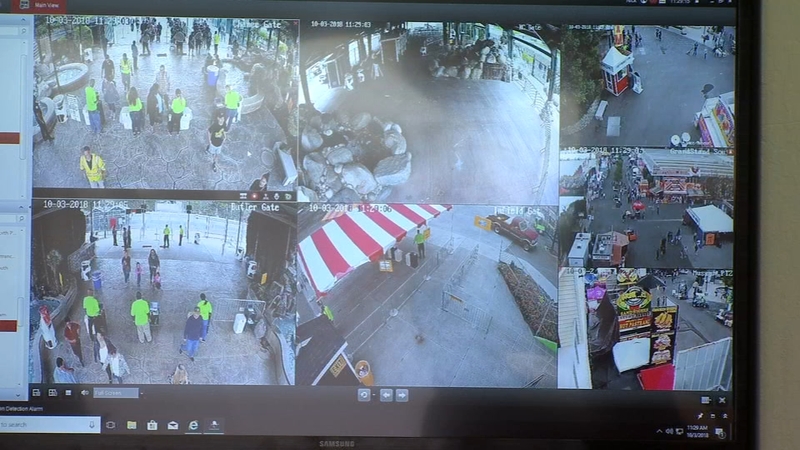 FRESNO, Calif. (KFSN) -- Security at events, big or small, is something most of us take for granted.

But following the mass shooting in Gilroy, law enforcement will be looking at ways to improve safety at similar types of festivals and gatherings in the Valley.

"Security is our number one goal (and) making sure everyone has a good time and can do that safely," said Lt. Richard Tucker with Fresno Police.

Tucker is the special events coordinator for all City of Fresno events.

He says there's a careful balance with getting people through the gates in a reasonable amount of time and having them feel secure.

According to authorities, the gunman at the Gilroy Garlic Festival avoided security and gained access by crossing a creek and cutting a hole in a fence.

Metal detectors and bag inspections have also become standard procedure at many events, including Grizzly Fest.

Organizers welcomed over 15,000 people during the two-day music festival at Woodward Park this past May. Officials say it is important to have officers inside an event as well as along the perimeter.

Grizzly Fest organizers tested out security cameras for the first time this year, but Fresno Police has been using them for years at the Big Fresno Fair.

The Garlic Festival did not have security cameras in place.

Law enforcement calls the cameras an extra layer of protection and another piece of technology that can help during an investigation.

"Cameras are just one more tool; they're not the answer by any means. But they are one more tool in our toolbox when it comes to providing security and providing an extra set of eyes," Tucker said.