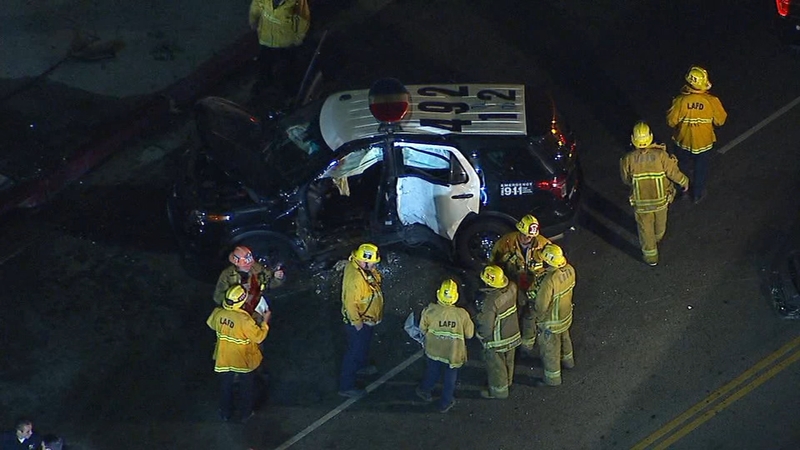 SOUTH LOS ANGELES -- Two Los Angeles police officers sustained injuries when their patrol vehicle overturned in a crash in South Los Angeles, requiring one of them to be cut free from the wreckage.

The collision occurred around 8 p.m. Monday night in the 6000 block of Vermont Avenue while officers were responding to a call in the area.

Firefighters managed to free the officers from their vehicle which appeared to have sustained major damage to the driver's side.

A fire hydrant was sheared in the collision, according to a tweet from the Los Angeles Fire Department, which responded to the incident.

Both officers, assigned to LAPD's 77th Division, were transported to the hospital with non-life threatening injuries.

It's unclear what caused the patrol unit to crash.