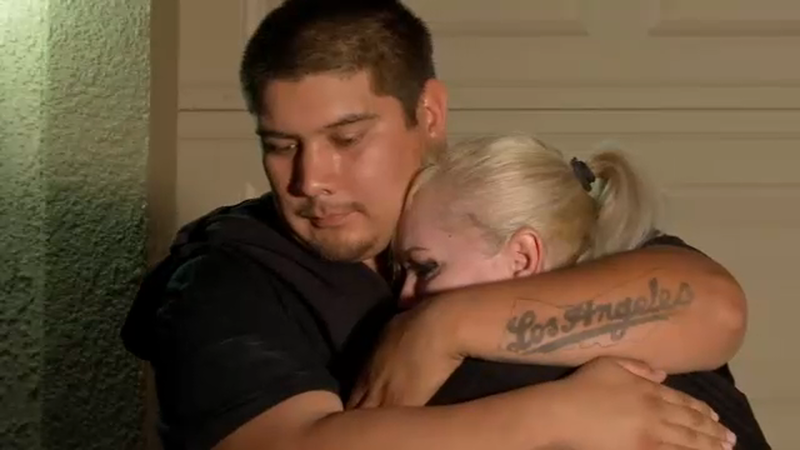 FRESNO, Calif. (KFSN) -- The comfort of a family is the only thing helping ease Irma Carranza's pain.

Her sister, 57-year-old Delia, was stabbed to death Saturday evening by her son, 22-year-old Miguel Carranza.

"We miss her so much, and no, we'll never be able to see her again," Carranza told Action News in Spanish.

It happened at Delia's home off Cedar and Balch in southeast Fresno.

According to detectives, Carranza called 911, saying he killed his mother, and he was going to take his life, too.

Irma says Carranza locked his mother in her bedroom as he attacked her. She claimed Delia was stabbed about 40 times.

"She wasn't able to survive. She died there. She wanted to get out, but he wouldn't let her," Irma said.

When police arrived, they tried to talk Carranza down. After an hour of negotiations, he finally exited the home with a knife in hand.

He charged at police, and four officers fired at him.

Officers say they asked the man multiple times to put the knife down, but he instead advanced towards the officers with the knife still in his hand.

A neighbor described the disturbing scene she witnessed.

"He had a huge knife in his hand, and he just had blood up all his arms," said Sarah Kormakov. "Hearing the shots, it was like you could feel the shock wave of the bullets hitting you."

Carranza survived the shooting and is expected to make a full recovery.

Irma and her family still don't know what could have compelled their nephew to kill the woman they loved so dearly.

Irma says the 22-year-old kept to himself and was anti-social.

"I think he must have been on some kind of drug that made him act that way. That's the only way he could have done that," she said.

The four officers who fired their weapons have been put on paid administrative leave.