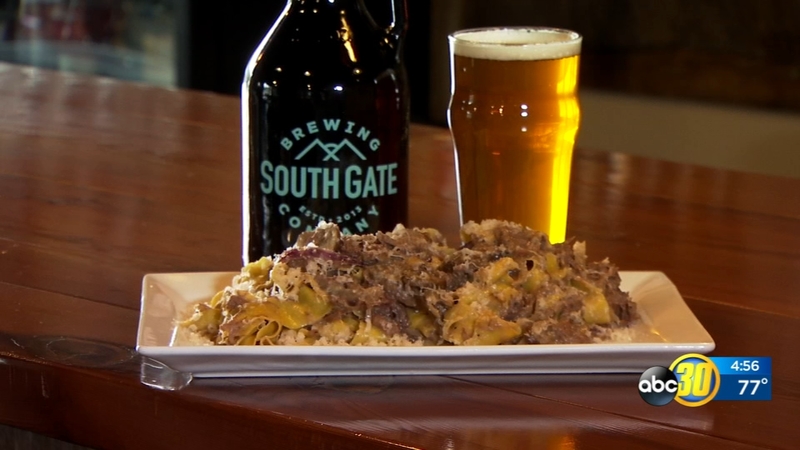 FRESNO, Calif. (KFSN) -- South Gate Brewing Company is now on the move. The mountain brewery has added beer delivery to its latest menu.
"We're really excited about it. It's very difficult to bring a lot of our beers down to the Valley because so many places are closed or partially closed, and this is the only way that we can bring all 13 of our taps down to the Valley," said Rick Boucke, South Gate Brewing Co. Brewmaster.

Boucke is the brewmaster of South Gate, where he develops a wide variety of beer from IPA's to sours from their Oakhurst restaurant.

The delivery option will allow them to reach their fans in select zip codes in Fresno and Clovis for now.

People can go online to South Gate's website and order before 11 am on Friday for a weekend delivery.

"We'll have the beer delivered to your door between one and four and we fill up the beer, the cans on the day of delivery. So it's as fresh as it can possibly,"Boucke said.
Prices vary depending on the beer and there is a six can minimum.

The eatery is popular to locals and many tourists traveling through on their way to Yosemite National Park.

This year has been a challenging one for them.

They've set up patio dining due to pandemic restrictions, but have not been able to have customers indoors.

"It does. It's heartbreaking. I'm not going to lie, but we're, we've been very, very close. Any week now, we will get the green light," Boucke said.
In the past, the brewery had planned to expand in Tesoro Viejo, but that's at a halt.

"We've had to put the expansion plans on hold for the brewery side of things. Obviously, we have to see where COVID-19 is taking us. And so we're still very optimistic about bringing more beer and making it more available to distribute it as far as possible," Boucke said.

A Mountain business determined to reach as many customers as it can, no matter the obstacles in its way.