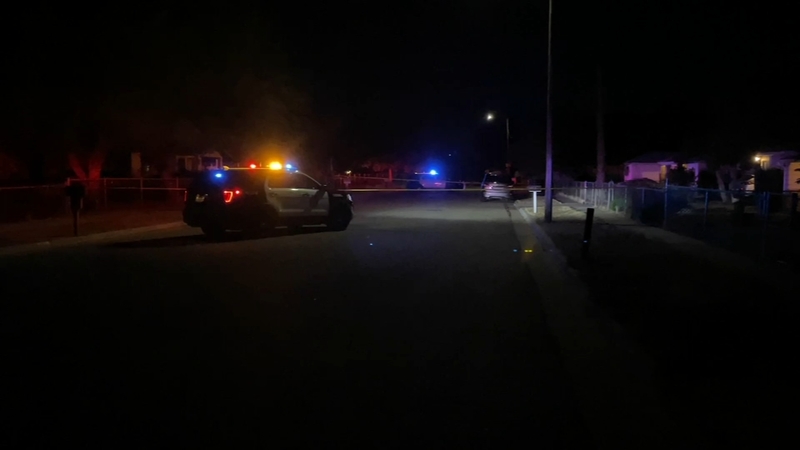 FRESNO, Calif. (KFSN) -- New details have been released on what led up to a mother being shot in Southwest Fresno after a family dispute.

Fresno police say she was threatening to kill her sons.

It happened around 4:45 Saturday night on West Byrd Avenue near Thorne.

One of the woman's sons told detectives the victim was his mother and she threatened to kill him and his brother when she armed herself with a gun.

The son told authorities he struggled with his mother over the gun and that is when she was shot -- once in the chest and once in the upper leg.

The woman was taken to the hospital, where she had surgery.

At the last update, she was in the ICU in critical condition.

During their investigation, detectives served a search warrant for the home. That is when they found six handguns -- two of which were privately made.