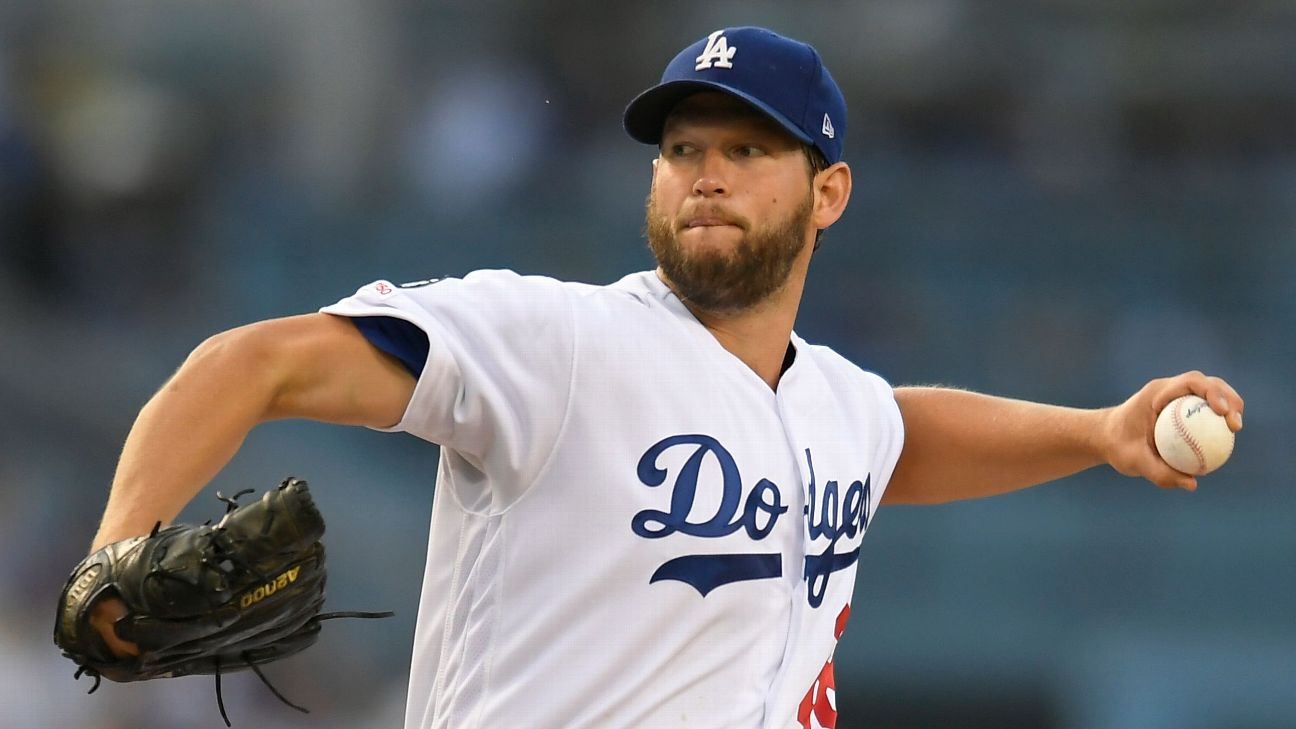 ESPN
By Alden Gonzalez
LOS ANGELES -- It was five years ago Tuesday that Clayton Kershaw's greatness reached its pinnacle. He twirled nine masterful, no-hit innings against the Colorado Rockies that night. Fifteen batters struck out and only one of them reached base, on a Hanley Ramirez error that prevented a perfect game. At season's end, Kershaw captured his third Cy Young Award in four years and became the second pitcher in nearly three decades to win the MVP. He was in the thick of a prime that at times felt like it could last forever.

"It doesn't seem like that long ago, but when you think about all the years in between, it does seem like a long time ago," Kershaw said. "Your career goes fast. It's a blink of an eye. You're an ex-baseball player longer than you're a baseball player."

Kershaw isn't yet nearing the end, but it's no longer far enough to ignore. His most recent start resembled the vast majority of his outings this season -- he fought through shoddy command, pitched out of trouble, and in the end, led his Los Angeles Dodgers to victory.

This one consisted of seven scoreless innings, on two walks and three hits, in a 9-0 win over the San Francisco Giants, a floundering team that entered with the second-lowest batting average in the sport. Kershaw improved his record to 7-1, lowered his ERA to 2.85 and notched his 11th quality start in 12 outings this season. Dodgers manager Dave Roberts credited Kershaw's ability to minimize damage and his "relentless preparation" for his sustained success through diminished stuff.

The Dodgers have been more proactive in recent years about giving Kershaw an extra day or two off in between starts. Tuesday marked only the third time he took the mound on regular rest, which consists of four days in between. Since the start of 2018, Kershaw has made 14 more regular-season starts on extra rest than he has on regular rest, the Dodgers' answer to the growing NBA trend of "load management."

"Just the mental thing of having an extra day every once in a while is helpful," said Kershaw, who racked up more than 2,000 innings before his age-31 season in 2019. "I don't think anybody can argue with that. Whether it really helps your performance, who really knows."

It isn't just Kershaw. The Dodgers, who will soon deploy a sixth starter to combat a stretch of 18 games in 18 days, have had 42 of their starts come with an extra day of rest, fifth-most in the majors. The four teams ahead of them -- the San Diego Padres, Miami Marlins, Milwaukee Brewers and Giants -- have rotations that are either a lot younger or not nearly as effective or both.

Roberts called the extra rest "a benefit," to Kershaw and to the entire staff. Kershaw, as routine-oriented as anyone, downplayed it.

"I love pitching on regular rest; I love being in that routine, and extra days are great every once in a while to give you a blow," he said. "I don't like doing it over and over again. It just becomes the new norm, and so regular rest sometimes feels shorter. So I don't really like that. But it shouldn't matter too much. My routine doesn't change too much, just with that extra day."

The Dodgers had two on and one out in the bottom half of that inning, their lead at only three, but Roberts let Kershaw hit, even though he had already thrown 83 pitches. He went on to retire the first two batters in the seventh. And after Kevin Pillar reached second base on a line drive that sailed over Alex Verdugo's head, Kershaw came back to strike out Crawford on another slider, his 100th and final pitch.

"He just kind of outwills the other team, kind of grinds it out," Dodgers catcher Austin Barnes said. "He had seven shutout innings, and I don't really think he ever felt that great today."

To mark the anniversary of Kershaw's no-hitter, the Dodgers distributed a commemorative bobblehead and invited his two young children to throw out the ceremonial first pitch. Kershaw's only son, Charley, hadn't yet been born when his father completed the most impressive start of his illustrious career. At one point, with the bobblehead in one hand and his miniature glove in the other, Charley lifted both arms, mimicking Kershaw's signature celebration.

In recent years, Kershaw has talked about how fatherhood has softened him off the field, filled his life with some much-needed perspective. The continual threat of injury, and the limitations it has created, has also made him more open-minded about deviating from his stringent routine.

Agreeing to a little extra rest every now and then is only one example.

"He's all-in," Roberts said. "This is something we've done over the course of three years, too. I think if you look back at his career, he's gone on regular more times, but the last few years, we've built in some extra days of rest. And the numbers speak to he still hasn't lost any production." 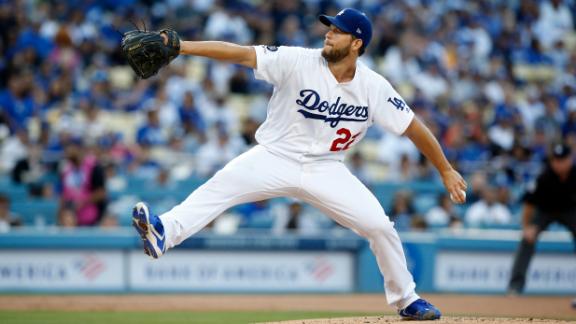 Kershaw secures 7th win of season
Clayton Kershaw improves to 7-1 after striking out six over seven scoreless innings as the Dodgers beat the Giants 9-0. 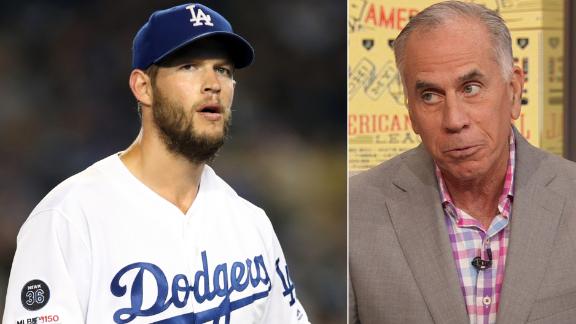