Are you ready for some Disney? NFL team logos mashup with classic Disney characters 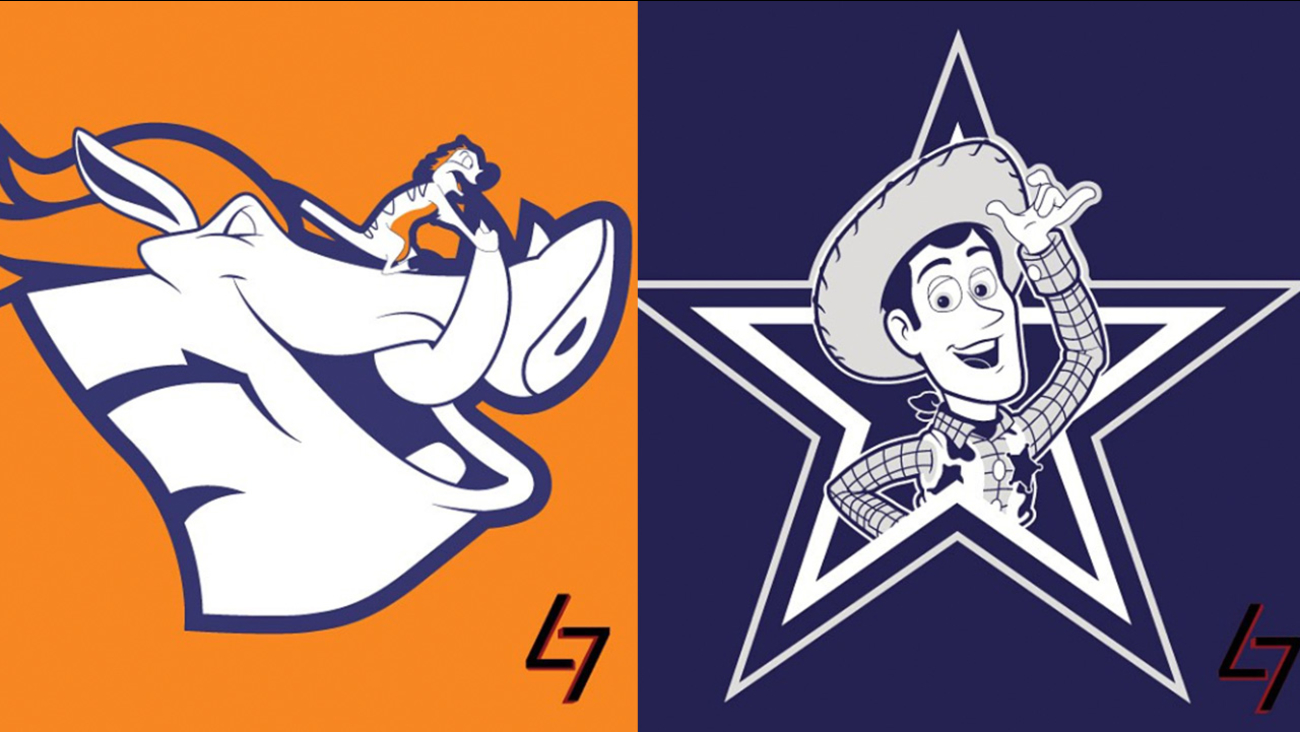 Disney and NFL fans, your day has finally come. 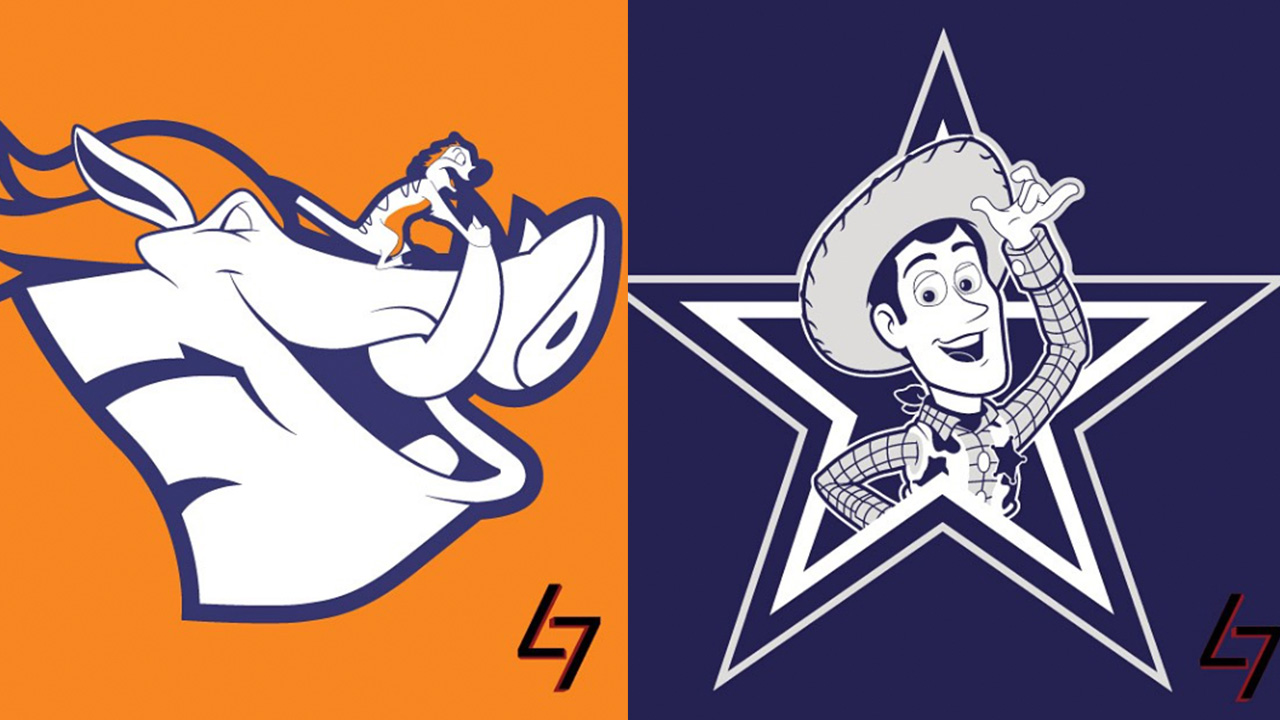 
"When I started creating this series I had a few images immediately make a connection between Disney characters and NFL logos. Detroit Lions with Simba, Cinicinnati with Tigger, Woody with the Cowboys, these are all layups. I always take care of the mashups that come to me first. Then I went through the most famous characters and tried to assign them to a logo. Some work, some don't, it's just the name of the game. The important thing is the more well known characters get used," Avery-Kenny told ABC.

Some mashups are pretty obvious: no other character pull off the Dallas Cowboys logo better than Woody from "Toy Story," or Captain Jack Sparrow as the Oakland Raiders. Others though aren't so obvious (Mushuu from "Mulan" as the San Diego Chargers, or "Snow White" and the seven steelers.) and required some extra creative ingenuity on Avery-Kenny's part.


"Some logos I'll see just from the shape of a character or something in the NFL logo that will resemble a defining characteristic of the character. For example, Mushu the dragon looked alot to me the like Chargers thunderbolt. Once I get rolling it becomes easier, "The Little Mermaid" for the Dolphins, Captain Hook for the Bucs become more obvious after I got a few designs under my belt."

Even if the logos are obvious connections or not, they each seem to invoke something unique to that particular NFL franchise and its chosen Disney film. This isn't Avery-Kenny's first creative take on sports. The artist has created other sports/pop-culture mashups, like NHL teams with characters from "The Simpsons," or MLB teams with classic "Star Wars" characters.


Check out the gallery above to see which character your favorite NFL mashed up with. You can learn more about Mark Avery-Kenny's art at the links below.