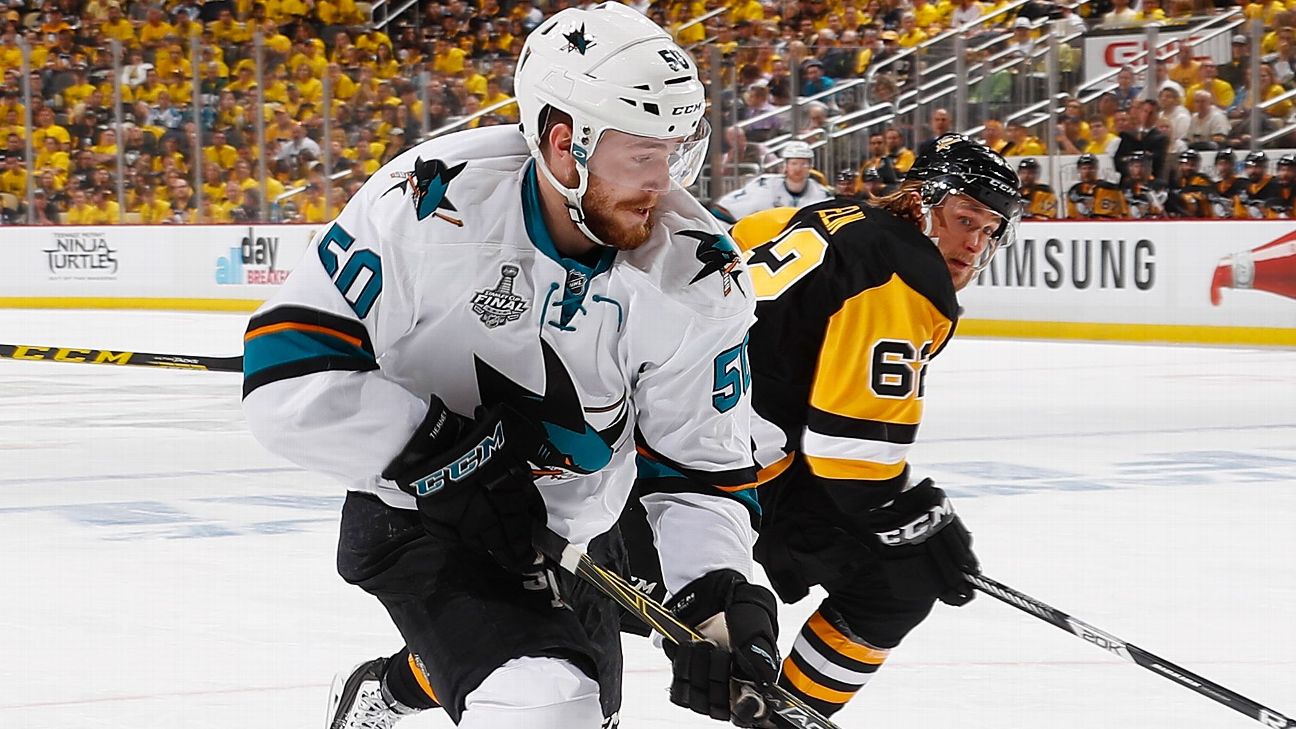 SAN JOSE, Calif. -- Forward Chris Tierney has re-signed with the San Jose Sharks following a season in which he set career highs in nearly every major statistical category.

The Sharks did not disclose the terms of the two-year deal announced Wednesday.

"Chris had his best season as a professional last year and stepped up his level of play in multiple areas," general manager Doug Wilson said. "We've always known he was a responsible, defensive-minded player, but he took his offensive game to the next tier and showed that he can be a productive player in all three zones."