DeMarcus Cousins on Warriors: 'The potential is scary, that's obvious' 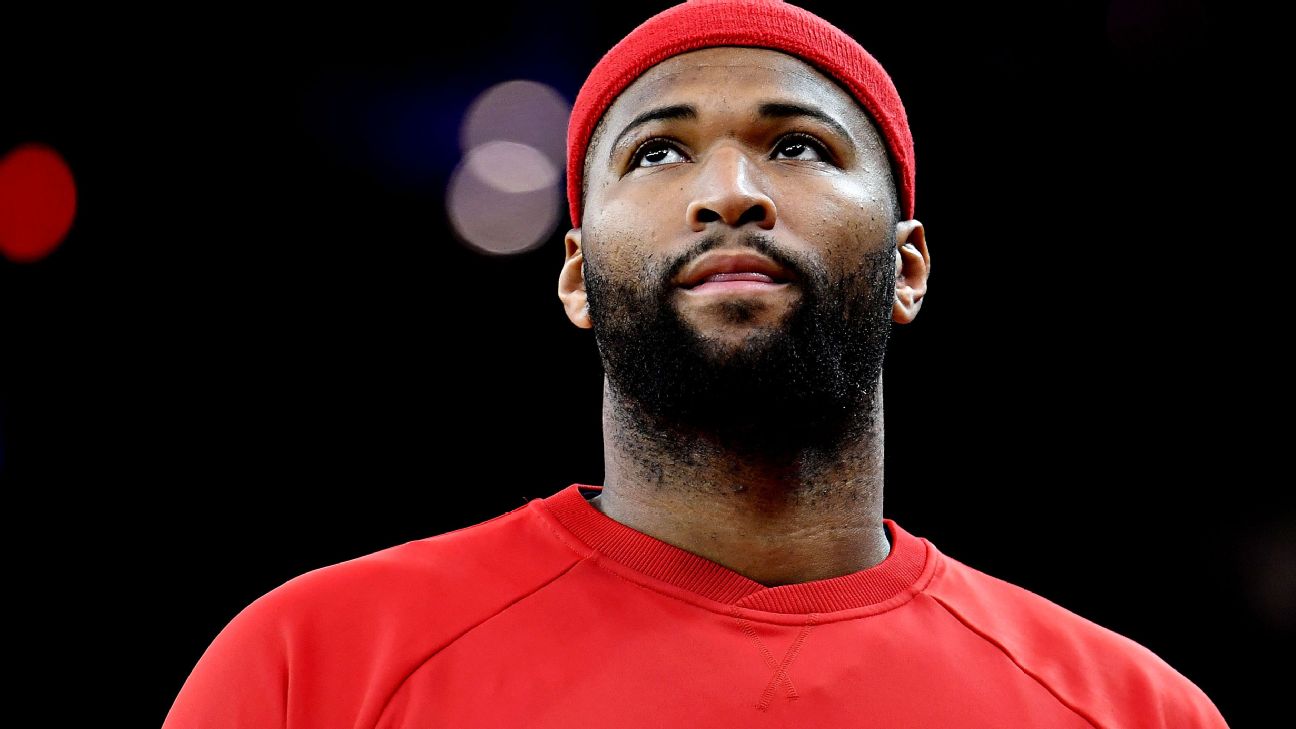 LAS VEGAS -- DeMarcus Cousins was targeting training camp to make his return from a torn Achilles, but after further discussion with his new team, he's going to be a bit more patient.

"I was aiming for training camp, but I've communicated with the staff and the coaches, and it's kind of up in the air," Cousins said at a news conference at the Thomas & Mack Center at UNLV after he signed his contract with the Golden State Warriors. "It will be when I'm ready, 100 percent ready, and we'll take it from there."

Cousins, who tore his Achilles tendon in January while a member of the New Orleans Pelicans, maintains that he's making good progress toward a full recovery.

Cousins, a 6-foot-10 center, said he is excited for what's in store when coach Steve Kerr puts out a lineup of Stephen Curry, Klay Thompson, Kevin Durant, Draymond Green and Cousins.

"The potential is scary, that's obvious," Cousins said. "But, of course, it's going to take a lot of hard work and dedication, and also a lot of sacrifice from not only myself, but other guys on the team as well. I think that's something we're aware of, and it's something we've accepted already. I think that's why these guys also wanted me to be a part of this team. The potential is scary."

He said joining the back-to-back champs gives him the luxury of not having to rush back.

"I'm coming in just playing my part," Cousins said. "I'll do whatever it takes to help this team win. Of course, I'm in position where I'm able to play for a championship, and every NBA player's goal is to win a championship."

Cousins told Marc Spears of ESPN's The Undefeated that he did not receive a single offer during free agency. It prompted his agent to call the Warriors and Boston Celtics at the last minute.

Asked whether he's going to use that as motivation, Cousins gave an emphatic yes.

"You've gotten in a couple of run-ins with me. You kind of know how I operate," he said. "Any doubt from anybody, I use it as fuel. It doesn't matter if it's basketball or life in general. I've always came up being a kid that never accepted no's or somebody telling me something that I couldn't do something. It's a gift and a curse. I'm very stubborn. A lot of you will learn that, but my heart is always in the right place."

The Warriors play a high-paced brand of basketball that emphasizes ball movement. Selflessness is part of what makes them a dominant force. Cousins says he has spoken to most of his new teammates and said he'll be ready to blend in as needed.

"I'm pretty sure there will be many games where I have four attempts, and then maybe some games where I'm the leading scorer. I look at that as a positive," he said. "I don't have to be the guy every night. I've dealt with that my entire career. I've always wanted a team where everything doesn't rely on me, and now I'm in that position."

Cousins acknowledged that the past two years have been "frustrating" for him. He said he's eager to get past this roadblock in his NBA journey.

"It's been tough," he said. "With every wound, I believe you get a little tougher. That's how I look at this, and I'm just going to keep moving forward. It won't be my last bump on the hill. So, it's just preparing me for the next battle."