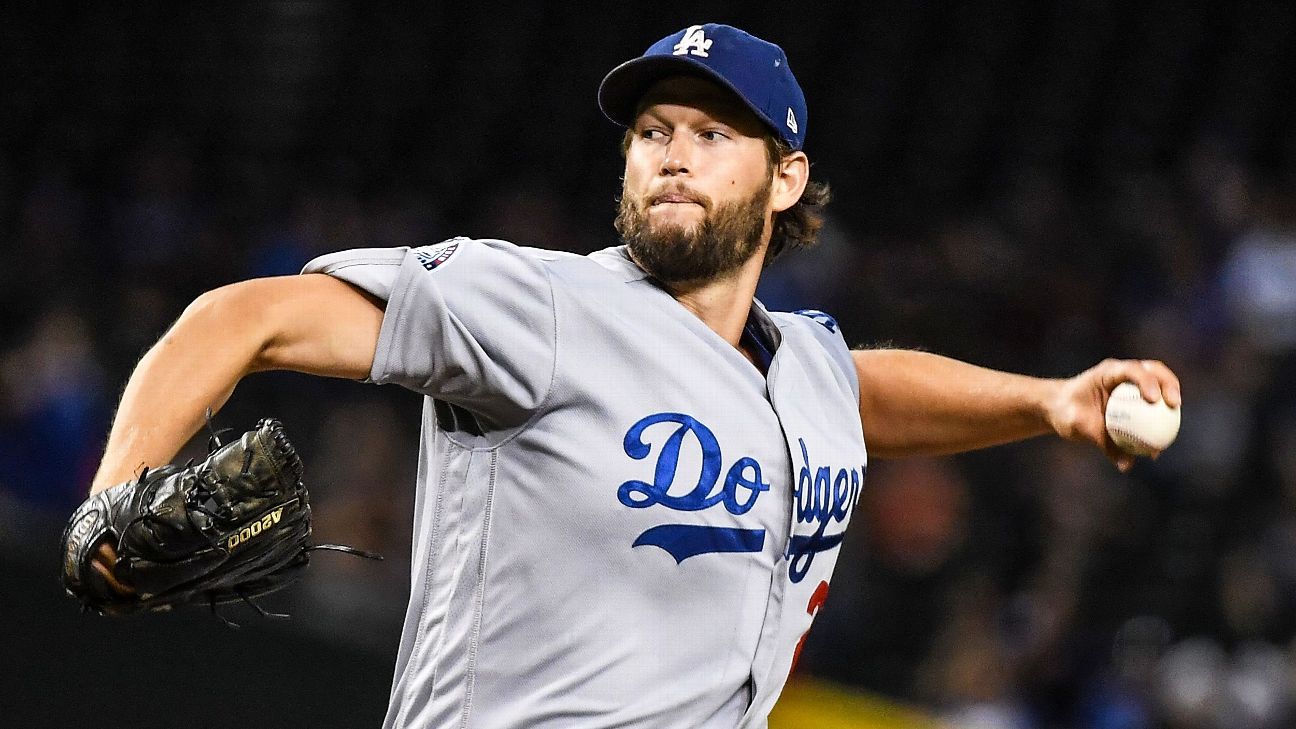 ESPN
By Alden Gonzalez
LOS ANGELES -- Clayton Kershaw will start on Opening Day after all -- for the Oklahoma City Dodgers. Kershaw, behind schedule since experiencing shoulder inflammation early in spring training, will make a rehab start for the Los Angeles Dodgers' Triple-A affiliate on Thursday, when the team opens its minor league season.

Kershaw threw a three-inning simulated game from Dodger Stadium on Saturday, then threw another inning in the bullpen. The minor league rehab start could be his final step before his 2019 debut. If that ends up being the case and Kershaw stays on normal rest, he would start April 9 on the road against the St. Louis Cardinals.

Kershaw was set to make his ninth consecutive Opening Day start before his ailment set him back too far, prompting him to join Rich Hill on the injured list to begin the season. Hill (left knee) felt good playing catch Monday and is expected to get off the mound again on Tuesday or Wednesday, Dodgers manager Dave Roberts said.
Report a correction or typo
Related topics:
sportsespnmlbclayton kershawlos angeles dodgers
Copyright © 2020 ESPN Internet Ventures. All rights reserved.
More Videos
From CNN Newsource affiliates
TOP STORIES