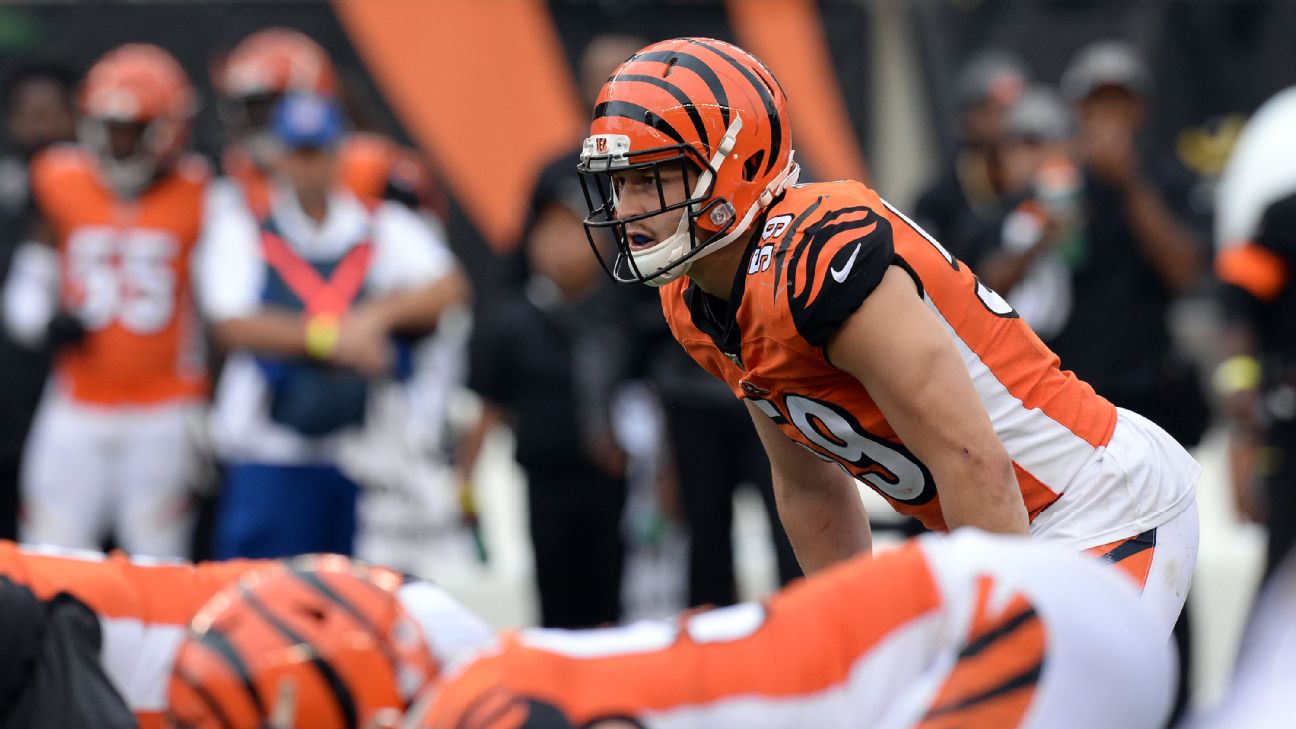 Vigil provides needed depth at linebacker following the Chargers' release of Thomas Davis and Jatavis Brown's decision to sign with the Philadelphia Eagles in free agency.

The Chargers have been aggressive in bolstering their defense through free agency.

They signed former Denver Broncos standout cornerbackChris Harristo a two-year, $17 million contract. The addition of Harris, who will play alongside cornerbacksCasey HaywardandDesmond King, gives the Chargers arguably one of the top secondaries in the NFL.

The Chargers also signed defensive tackle Linval Joseph, who will fill the hole left by Brandon Mebane. Like Davis, Mebane was released to create space under the salary cap.

A third-round pick by the Bengals in 2016, Vigil enjoyed the best season of his career in 2019. He amassed 111 total tackles, the most in any of his four seasons in Cincinnati.

During that span, Vigil made 37 starts, including every game in 2019. After Cincinnati cut linebacker Preston Brown in the middle of the season, Vigil became the most experienced starter at the position.

He was off to a strong start to the 2018 season when he suffered an MCL sprain against the Pittsburgh Steelers. At the time, the Bengals' defensive signal-caller ranked sixth in the league with 51 tackles. He wound up missing five games due to the injury.

In four NFL seasons, Vigil has 295 tackles, 2 sacks, a forced fumble, 3 recoveries and 2 interceptions. He turns 27 in August.