Grizzlies heading to playoffs, first time the team has clinched at home 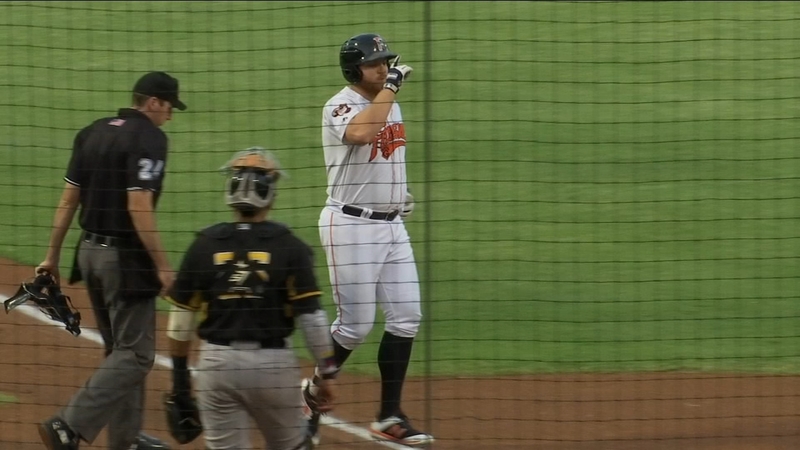 Grizzlies heading to playoffs, first time the team has clinched at home

FRESNO, Calif. (KFSN) -- Entering Saturday's game against the Salt Lake Bees, the Grizzlies magic number to clinch their division was one. Meaning all they really needed was a Reno loss to celebrate. However after the Aces won in Albuquerque, the pressure was back on Fresno to get it done.

A.J. Reed started things off with a two-run homer in the first but the Bees countered with a Jose Hernandez two-run shot in the second inning to tie things up.

Salt Lake had a 6-2 lead in the ninth before the Grizzly bats finally came alive. With two on in a 6-4 game, Kyle Tucker completed the comeback win by hitting a three-run walk-off homer just over the wall in right field.

The win clinched it the Pacific Northern Division for the team, their first since 2015. It's the first time the team has clinched a title in Fresno.

Fresno will travel to face El Paso for a best of five series starting on September 5th. Game 3 (and if necessary 4 & 5) will be played at Chukchansi Park September 7-9th.
Report a correction or typo
Related topics:
sportssports
Copyright © 2021 KFSN-TV. All Rights Reserved.
SPORTS

Learn how to bust a move on roller skates