Had LeBron James closed the gap on Giannis Antetokounmpo in the NBA's MVP race? 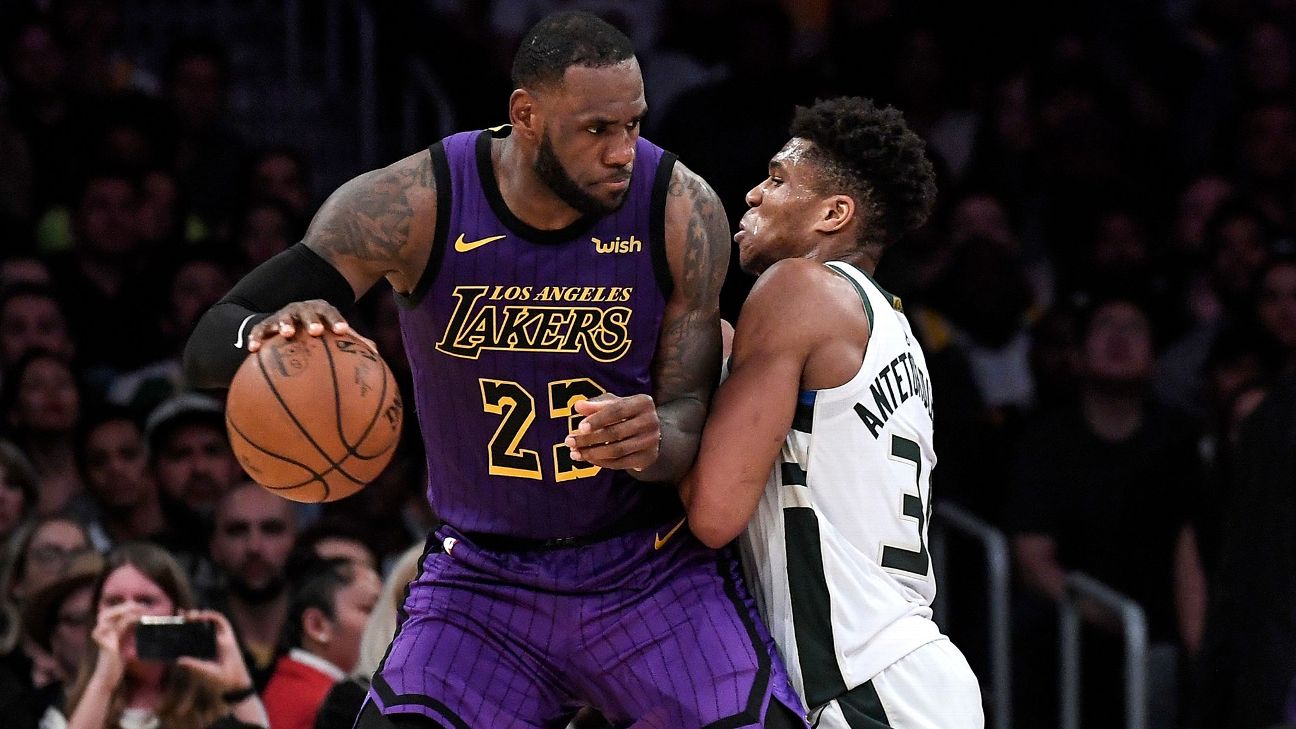 Before the NBA suspended its season due to the coronavirus pandemic, LeBron James posted his best weekend of the 2019-20 season. He put up 37 points, 8 rebounds and 8 assists in a win over the Milwaukee Bucks and reigning MVP Giannis Antetokounmpo, and followed that with a 28-point, 8-rebound, 9-assist game in a win over the LA Clippers and reigning Finals MVP Kawhi Leonard. It was enough to raise the question: Could James, a four-time MVP winner himself, overcome Antetokounmpo in this season's MVP race?

The answer, as of now, appears to be no.

To make the balloting process realistic, ESPN sought to mimic the league's official voting process as closely as possible. Our MVP voting panel includes a mixture of local beat writers from across the league, as well as national and international reporters, just as the NBA's does at the conclusion of the regular season. And, to conform to the NBA's voting system, every first-place vote is worth 10 points, followed by seven for second place, five for third, three for fourth and one for fifth.

Using that rubric, Antetokounmpo led the way with 670 of a possible 700 points, as he was listed in second place behind James on the 10 ballots where he wasn't listed first. James, meanwhile, was second with 514 points, and was either first or second on 68 of the 70 submitted ballots, finishing third on one and fourth on another.

They also were the only players named on every ballot.

Hot starts for Antetokounmpo and James, as well as Dallas Mavericks prodigy Luka Doncic and Houston Rockets star James Harden, saw all four of them receive first place votes in the first edition of this straw poll back in December. Since then, however, only Antetokounmpo and James have managed to keep up that same pace.

Some of that has been due to the play of their respective teams, as the Bucks and Los Angeles Lakers lead their conferences by 6 and 5 games respectively. However, their individual achievements have set them apart as well.

Antetokounmpo is averaging 29.6 points, 13.7 rebounds and 5.8 assists, while his player efficiency rating of 31.71 ranks among the best in the history of the sport. He has a real plus-minus of 7.96, more than a full point higher than James, who sits in second place.

James, meanwhile, is averaging 25.6 points, 7.9 rebounds and 10.6 assists -- leading the league in that category for what would be the first time in his career. He also has helped the Lakers clinch their first postseason berth since 2012-13, and the team's .778 win percentage would be the franchise's best since 2008-09, when Kobe Bryant won the fourth of his five NBA championships.

After finishing either first or second in MVP voting in four of the past five years, Harden landed in third with 220 points, having made 56 of the 70 ballots. Harden's average of 34.3 points represents only the third time in this century (including his own 36.1 points per game last season and Kobe Bryant's 35.4 in 2005-06) that a player has averaged at least 34 points in a season.

Though Doncic was named on more ballots (59) than Harden, he came in fourth with 171 points. Harden received the only two second-place votes that went to anyone besides Antetokounmpo or James, and garnered 30 third-place votes to Doncic's 19. 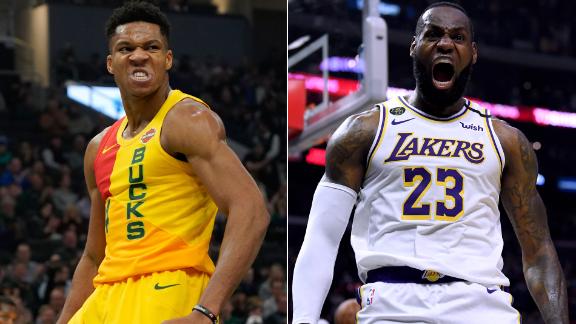