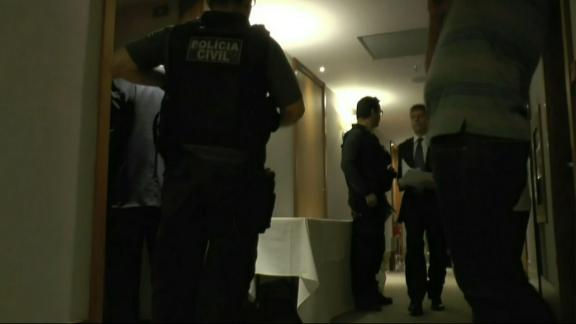 An Irish executive was arrested last week in the same investigation and four other executives are wanted in the probe.