Lakers set franchise mark with 25-point deficit after one quarter 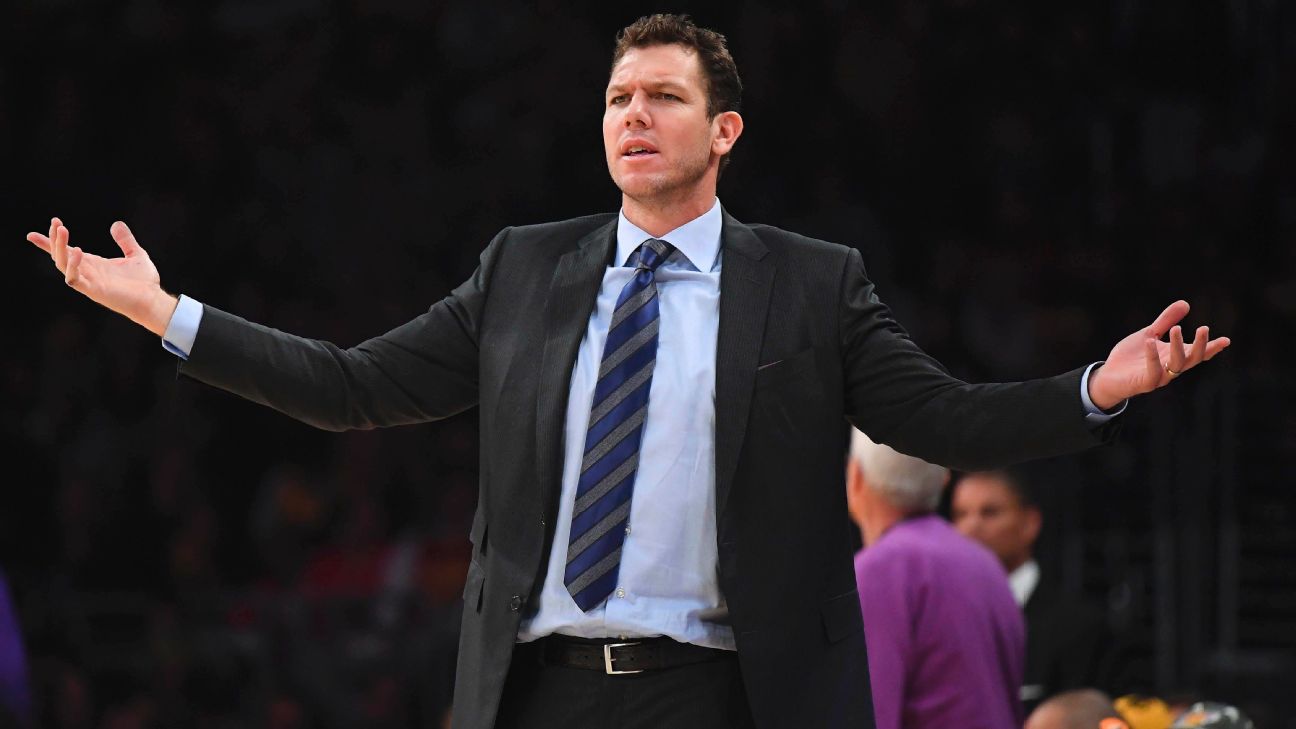 LOS ANGELES -- The Lakers followed up perhaps their best win of the season on Saturday with one of the worst first quarters in franchise history on Sunday.

The Toronto Raptors outscored Los Angeles 42-17 in the opening frame, with Serge Ibaka (20 points on 8-for-8 shooting) personally outscoring the Lakers, as they shot just 7-for-21 as a team.

Entering Sunday, the Lakers had never been outscored by more than 24 points in a first quarter in the shot-clock era (since 1954-55), according to data compiled by ESPN Stats & Information.

"They just came out and hit us right in the mouth," saidLeBron James, who finished the 121-107 loss with 18 points, six assists and two rebounds. "It's going to be very, very hard to make a game out of that when you're trying to expend so much energy trying to get back in it."

Prior to tipoff, the Lakers learned they would not have to contend with former NBA Finals MVP Kawhi Leonard and his season averages of 26.1 points, 7.6 rebounds, 3.4 assists and 2.0 steals, as Toronto coach Nick Nurse announced his star forward was being held out with soreness in his left foot.

Lakers coach Luke Walton said a star's absence, as counterintuitive as it might sound, can actually help that player's team in the short term.

"That always plays out in my experience in these games, and I have played in a lot of these games and I know what it is like to think, 'OK, this game just got a lot easier,'" Walton said. "And my experience, unfortunately, most of the time that the player like Kawhi sits out, that team ends up winning or at least goes on a hell of a run."

Walton said he warned the Lakers that overlooking the Raptors sans Leonard would be dangerous.

"We tried to explain that that's part of how this works, but it doesn't seem like we took that to heart," Walton said. "There is a sense of freedom and joy that comes when a top player like that -- obviously you don't want him to be hurt, but there is no pressure, you play free."

If the Lakers thought they were being granted a reprieve -- a day after a 114-110 victory atPortland snapped a 16-game losing streak to theTrail Blazers-- they were sorely mistaken.

Ibaka's 20 points were a career high for points in any quarter, eclipsing his previous mark of 15.

For James, playing in the Lakers' Sunday whites for the first time, it was a reminder of a dark day in his final season with the Miami Heat when his team also was outscored by 25, 43-18, in the first quarter on Jan. 15, 2014.

"For me and what I've experienced in this league, I've tried to stay even-keeled," James said. "Just as bad as you can play for a month you're going to round out a great month or two. You don't look too much into it."

The Raptors pushed their lead to as many as 31 points in the first half, eliciting boos from the Staples Center crowd.

Toronto took a 71-49 lead into halftime.

"You always just stay even-keel when you come in for games," James said. "When you come in for practices and you're going for film sessions, you get better then. But you never let the outside noise get to you -- and if you do that, that can cause problems."