The 20-year-old from Sunnyside has inked a deal with Matchroom Boxing to take his career to the next level.

Castro began boxing when he was just four years old.

Marc's father Tony says his son's discipline is what sets him apart from the rest. Marc has won two gold medals in the amateur ranks and has compiled 177 wins and just seven losses.

Castro had his eyes set on competing in the 2020 Olympic Games.

Last November, he got food poisoning before an Olympic qualifier.

His father made the decision to pull him from the fight.

"At that point he said, 'Dad I still want to fight in the Olympics'. I made calls. Everybody wanted him," says Tony Castro.

Unable to compete for Team USA, the pair considered fighting for Mexico and El Salvador where Tony is from. Before they made a final decision, Matchroom Boxing made them an offer they couldn't turn down.

"I felt it was the right time and right move to turn professional with the offer and I have done what I've done in the amateur system, and I've been really successful.

"Matchroom is a big company in the United Kingdom. For them to come to the U.S., they gave me an offer I couldn't refuse. They're going to prioritize me, it's a good match and we're going to do great things together," says Marc.

With the Olympics being postponed, Marc believes he made the right decision to turn pro. He was sought after by all the top promotional companies but ultimately chose Matchroom Boxing, which is based out the UK.

"When they came to the U.S., they wanted a Mexican American star, they believe I'm it... They believe in me, but I believe in myself. This is just the beginning, there's no limits on this," says Marc.

Fights are now postponed due to the coronavirus. Tony and Marc continue to train until he makes his debut as a professional boxer.

The Sunnyside native hasn't lost a fight in the U.S. since 2012. Tony believes his son's success is based off something he taught him when he first stepped in the ring.

"I teach my kid how to fight not to box, a boxer can only be a boxer, a fighter can be a boxer and a fighter. So that's a big difference," says Tony.
Report a correction or typo
Related topics:
sportsfresnoboxingsports
Copyright © 2021 KFSN-TV. All Rights Reserved.
SPORTS 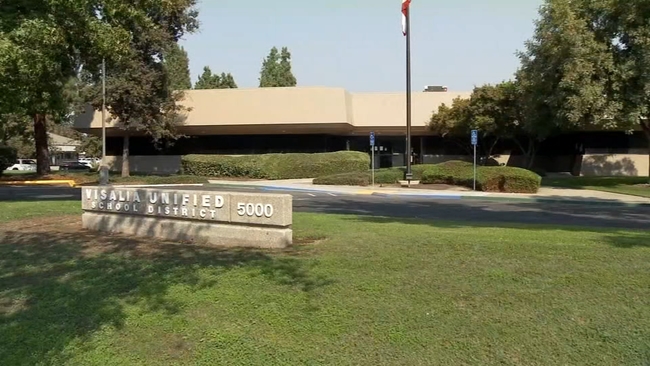