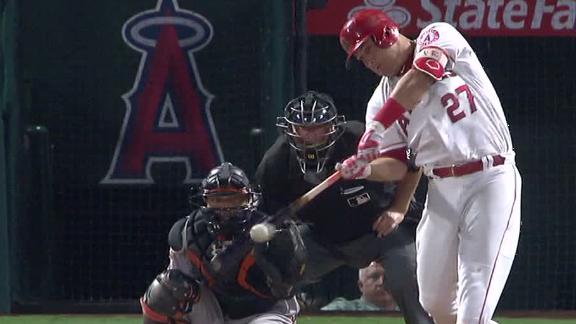 For his 26th birthday, Los Angeles Angels star Mike Trout gave himself a gift that will last a lifetime: a major league milestone.

"It means a lot," Trout said. "A lot of milestones with hits. You see [Adrian] Beltre, he just hit his 3,000th. Pretty incredible. I felt pretty good. I just wanted to get it over with. A lot of people talking about it."

Trout is the 11th player to reach the 1,000-hit plateau while a member of the Angels.

He added some fireworks to his birthday celebration by hitting his 23rd home run of the season in the bottom of the sixth inning off Orioles starterDylan Bundy. The solo shot marked the fourth time he hit a birthday blast. Only Alex Rodriguez has hit a home run on four birthdays before turning 30; he hit his fourth on his 29th birthday.

"I'm not thinking about homers,'' Trout said. "I just go out there, try to hit the ball hard, and that one went out of the park."

Already the only player in major league history to amass 150 home runs, 400 extra-base hits and 150 stolen bases before turning 26, Trout is now the fourth player to reach the 1,000-hit, 500-run and 500-walk milestones by his age-25 season, joining Hall of Famers Mel Ott, Jimmie Foxx and Mickey Mantle.

"When you hear your name with the greats, the Hall of Famers when you do something, it makes you feel good,'' Trout said. "It makes you feel special just to be a part of such a good company. But for me, it's just going out there and playing. I'm not trying to chase any numbers."

With two MVPs and a Rookie of the Year award already on his mantle, Trout's only contemporary comparison is Bryce Harper of the Washington Nationals, who matched a different feat of Trout's on Monday night.

Trout doubles for 1,000th career hit
Mike Trout rips a double to the left-field corner in the fourth inning to record the 1,000th hit of his career. Trout, who is celebrating his birthday, becomes the third player to debut in the past 100 years to get his 1,000th hit on his birthday. 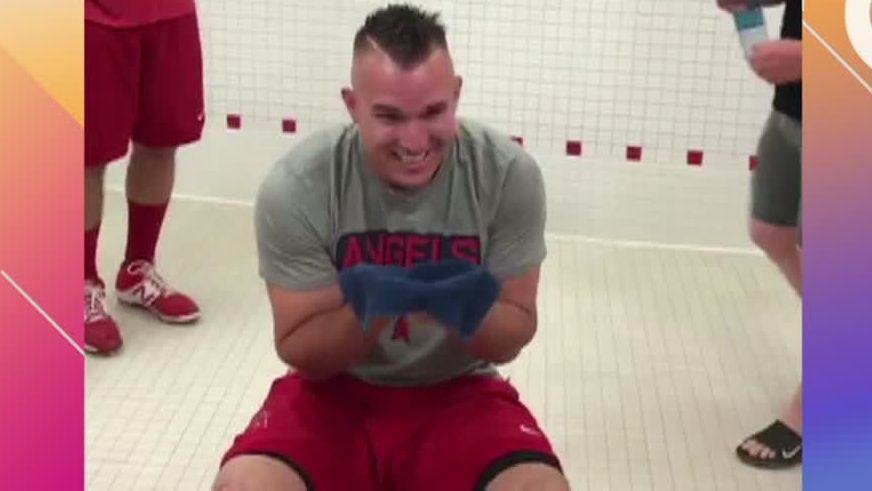