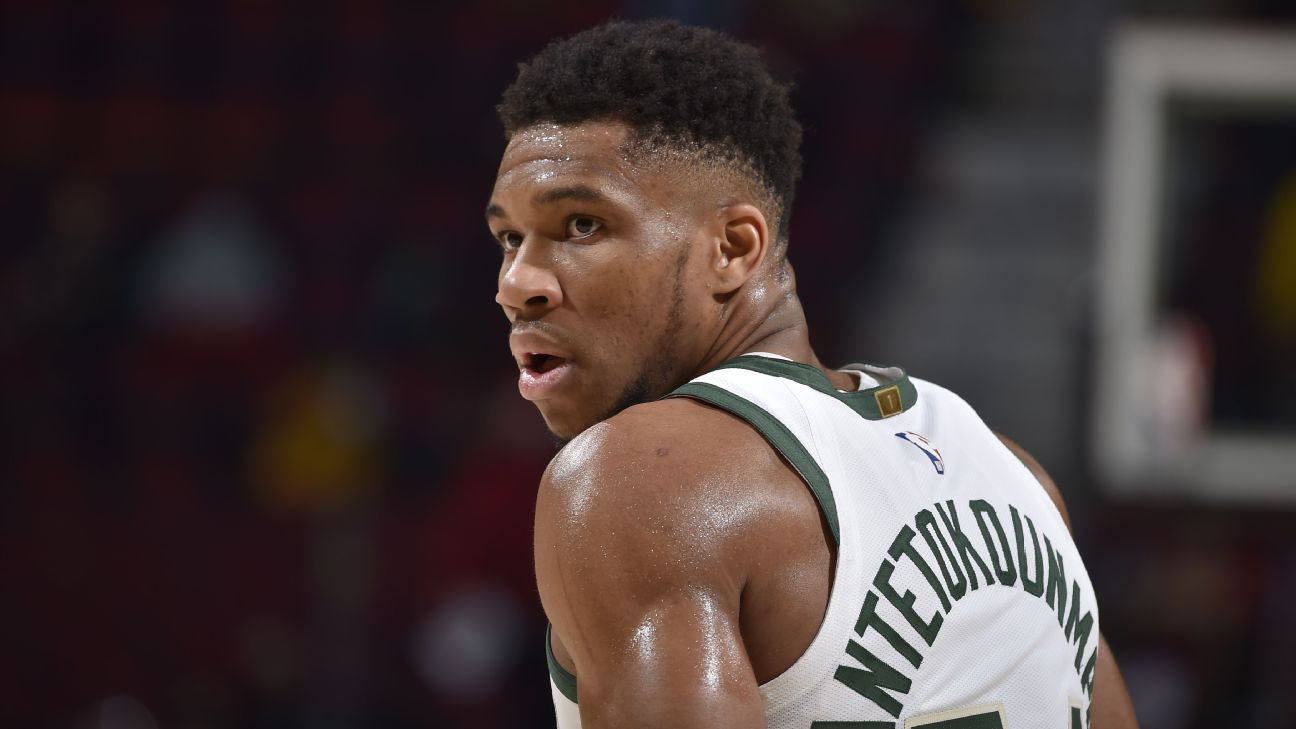 LeBron James and Giannis Antetokounmpo might be competitors in rival conferences, but they share the same sentiments regarding the league's plans to hold an All-Star Game in March in Atlanta.

Fresh off a 33-point, 12-rebound performance in Milwaukee's 123-105 win at Cleveland on Friday night, Antetokounmpo backed James' position on the game happening in the midst of the COVID-19 pandemic.


"I think every player was looking forward to those five days, seven days, whatever the days are. We've got to all follow the big dog," Antetokounmpo said, referring to James. "The big dog says he has zero excitement and zero energy for the All-Star Game, and I'm the same way. I really right now don't care about the All-Star Game. We cannot see our families.

"Like, I can't worry about the All-Star Game. I want to see my family. I want to go see my little brother in Spain, I want my brother to come see me," he added. "So I'm the same way. I've got zero energy, zero excitement. At the end of the day, if they tell us we're gonna show up, we've got to do our job. I'm always gonna do my job. I'm always showing up, showing the right example. But at the end of the day inside, deep down, I don't want to do it. I want to get some break."

Antetokounmpo's remarks came a day after James criticized the league's All-Star Game plans. Other stars spoke out against the game Friday, including the Brooklyn Nets' James Harden and the LA Clippers' Kawhi Leonard.

Antetokounmpo was second behind Brooklyn'sKevin Durantin the Eastern Conference's frontcourt in the first fan returns of NBA All-Star voting.

The reigning back-to-back MVP and Defensive Player of the Year has played in the past four All-Star Games, citing his 2020 experience in Chicago as being "very fun for the fans."


Antetokounmpo, like James, said he was under the impression that the league wouldn't hold the yearly showcase until reports indicating otherwise began to surface. He said he would much rather use the time to decompress from basketball rather than competing on that night.

"I thought about it, obviously. Coming into the season, what we knew was there's not going to be an All-Star Game, it was going to be a time to spend time with our family," Antetokounmpo said. "Obviously, when the protocol changes it's kind of hard because on the road, your family cannot come on the road. Back home you cannot leave the house, you only can go to the practice facility or to the arena, and you don't have time to take your family to a nice dinner or your family coming on the road or like just escaping the game."

Phoenix Suns guard Chris Paul, who is president of the players' union, responded Friday to negative comments made by players about the All-Star Game.

"Guys are entitled to their feelings, decisions and everything," Paul said. "I think the job for the union is to try to make sure our players are healthy and safe. This is something that was a decision by the league, and we are definitely, day in and day out, trying to figure it out. But we have 450 players that we are always trying to get insight from, and it's tough, so we are trying to figure it out right now."

Harden on Friday night said he feels "the same way" about the All-Star Game as stars such as Antetokounmpo and James.

"There's so much going on as far as we're trying to calm the virus down -- and we're putting on an event, you know?" Harden said. "I know what the reasoning is for, but I feel like, especially with a condensed schedule, it feels like everything was forced upon players. It's already draining to be playing a lot of games in a week. I feel like that was a week for us to kind of relax, be with our families and kind of take a step back away from basketball."


Leonard said the league's decision is a matter of valuing "money over health."

"I mean, we all know why we are playing it. You know, there's money on the line," he said. "It's an opportunity to make more money. ... Just putting money over health right now, pretty much. Yeah, we are playing games now, and it is still a pandemic. We are doing all these protocols and rules, so it doesn't really surprise me."

Paul said he has had recent discussions with players such as James and Golden State Warriors star Stephen Curry and acknowledged the difficulty of the league's schedule and being away from family.

"We get on calls and we try to figure it out with different situations of guys who've been playing a lot of games who haven't really had much of breaks," Paul said. "I'm sure I'm not the only guy in the league that lives without their family, so guys look at that break as an opportunity to see their families.

"... The union has always got the full body of players in mind. But emotions happen, guys have feelings and you gotta be able to express them, and I respect that." 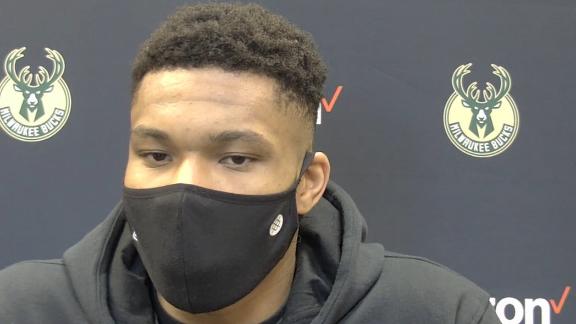