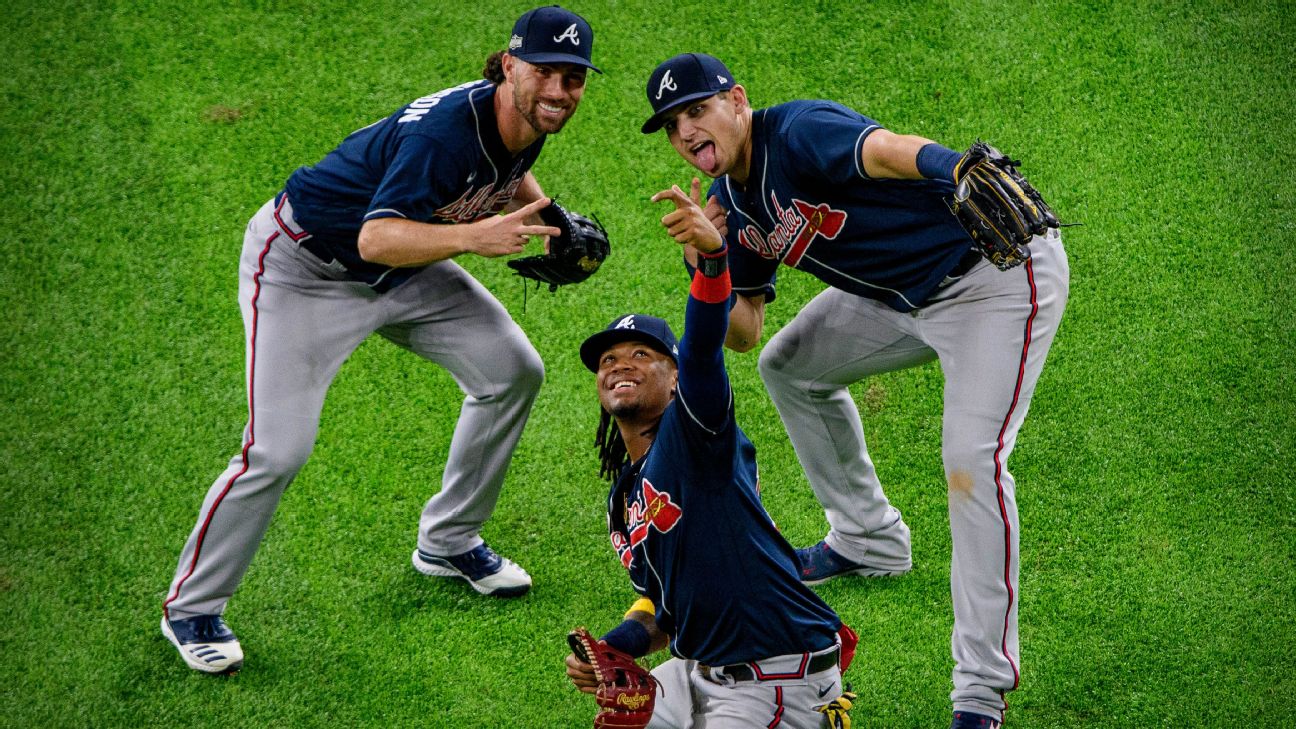 The action starts with Game 2 of the National League Championship Series after the two teams saw their starting pitchers shut down two high-powered offenses Monday, only to witness the Braves bust out against the L.A. bullpen to grab a 1-0 series lead. The nightcap is Game 3 of the Rays-Astros American League Championship Series, with Houston already behind 2-0 and hoping to get in the win column before Tampa Bay can break out the brooms.


Here's a breakdown of the games, some numbers to know, a hot take of the day and more as you prep for Tuesday's twin bill.

This was supposed to beClayton Kershaw's start but he was scratched hours before Game 2 due to back spasms so instead it will be Gonsolinmatching up against Braves rookie Ian Anderson. Anderson didn't allow a run in his first two, with 11 scoreless innings and just five hits allowed against the Reds and Marlins. Of course, the Dodgers' offense will be a much tougher test. It will be fascinating to see the Dodgers' approach as Anderson has three plus pitches, including a changeup batters have hit .079 against (including the postseason). He throws it a lot to right-handed batters, which helps his sinking fastball play up.

The Rays become the visiting team for Game 3 and will go with lefty Ryan Yarbrough, and not go with an opener like they did for Yarbrough's game against the Yankees in the division series, when he allowed two runs over five innings as the long man out of the bullpen. The Tampa Bay pen is in pretty good shape. Nick Anderson, after a day off in Game 1, threw 18 pitches in getting a shaky save in Game 2. Pete Fairbanks pitched two innings in Game 2 but threw just 20 pitches. Diego Castillo got the game off, so Rays manager Kevin Cash should have all three of his top relievers available if needed.

Alex Bregman is key for the Astros. He went 0-for-5 in Game 2, but it was a great 0-for-5: He hit all five balls at 98 mph or higher. Maybe he just needs to hit one or two over the fence. --Schoenfield

Now, the easy hot take here would be to declare the Astros dead. After all, the team that leads 2-0 in a best-of-seven series has won 85% of the time (72-13). So the Astros have a 15% chance to come back and win the series. That means they are not dead!

The best sign is that the Astros have run into some bad luck in the first two games, with several balls hit right at the Rays. A hard-hit ball is classified as 95 mph or higher, and the Astros had 16 in Game 2 compared to eight for the Rays. In Game 1, they had nine compared to four for the Rays. "You just know that we keep hitting the ball like that we're gonna get some breaks and we're gonna get a lot of them," manager Dusty Baker said after Game 2. Indeed, the Astros are due. They take Game 3. --Schoenfield

Thanks to Charlie Morton and four relievers, the Rays stymied the Astros' bats a second time to expand their ALCS lead to 2-0. Key to the victory on the offensive side was Manuel Margot, whose three-run home run keyed a 4-2 victory. Houston second baseman Jose Altuve committed two throwing errors, one of which set up Margot's blast; postgame, Astros manager Dusty Baker talked about how Altuve needs to avoid a case of the yips.

In the nightcap, the Dodgers and Braves had a nice little pitching duel going on, tied 1-1 going into the eighth inning before Atlanta's potent offense busted out for four runs, starting withAustin Riley's home run, to romp to a 5-1 victory.

The Astros' offensive juggernaut has been in high gear, and the leader of the pack is Carlos Correa, who hit a go-ahead three-run homer in the division series clincher against the A's. Through six games, the numbers are staggering: 11-for-26, five home runs, 13 RBIs, a 1.559 OPS. Correa's 11 RBIs against Oakland is tied for the most by a shortstop in any series in postseason history (matching Boston's Nomar Garciaparra, 1998 LDS vs. Cleveland), and his five homers is one shy of tying the single-postseason record for a shortstop (Rich Aurilia hit six in 2002). 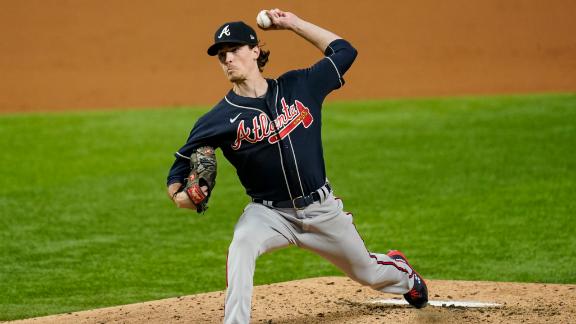 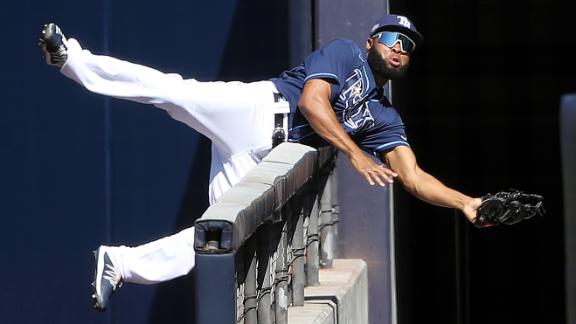 Margot leaps over wall to make unbelievable catch
Manuel Margot goes all-out, leaping over the wall in right field to make a catch and get the out on George Springer. 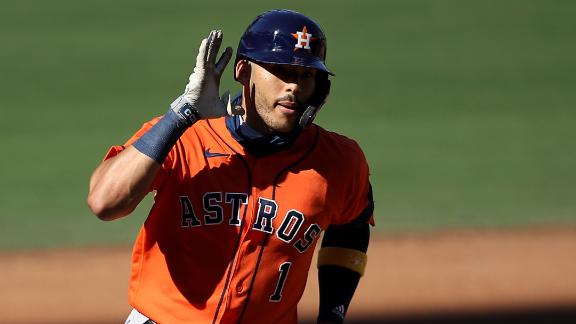 Correa's homer gets Astros on the board
Carlos Correa hits a solo home run in the sixth inning to score the Astros' first run of the game as they cut the Rays' lead to 3-1.
Report a correction or typo
Related topics:
sportsespnatlanta bravesmlbtampa bay raysdailyhouston astroslos angeles dodgers
Copyright © 2021 ESPN Internet Ventures. All rights reserved.
More Videos
From CNN Newsource affiliates
TOP STORIES