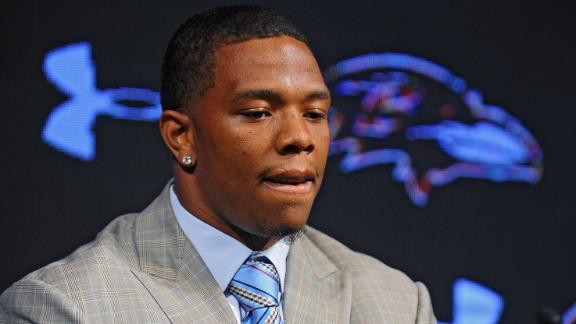 Ray Rice has filed a grievance against the Baltimore Ravens for terminating his contract, multiple sources confirmed to ESPN.

Pro Football Talk first reported the former Ravens running back had filed the grievance. According to ESPN's Ed Werder, it was filed several weeks ago.

The Ravens cut Rice after video of him hitting his then-fiancee (who he has since married) in an elevator was made public.

Rice also was suspended indefinitely by the NFL after the video became public. He has appealed the suspension, with a hearing set for Nov. 5-6.

That Rice would protest his Sept. 8 release by the Ravens was previously reported by ESPN. According to the Pro Football Talk report, Rice maintains that per the collective bargaining agreement, he should be subject to only one punishment per infraction.

The NFL initially suspended Rice in July for two games for the incident. However, the league considered the video to be new evidence, giving commissioner Roger Goodell the authority to further suspend Rice.

Rice could receive $3.52 million from the Ravens if his grievance and appeal are approved, according to Pro Football Talk, which is what he would have earned had he been reinstated following the initial suspension.

If Rice's suspension is overturned and he is signed by another team, it is conceivable he could return to the league this season.