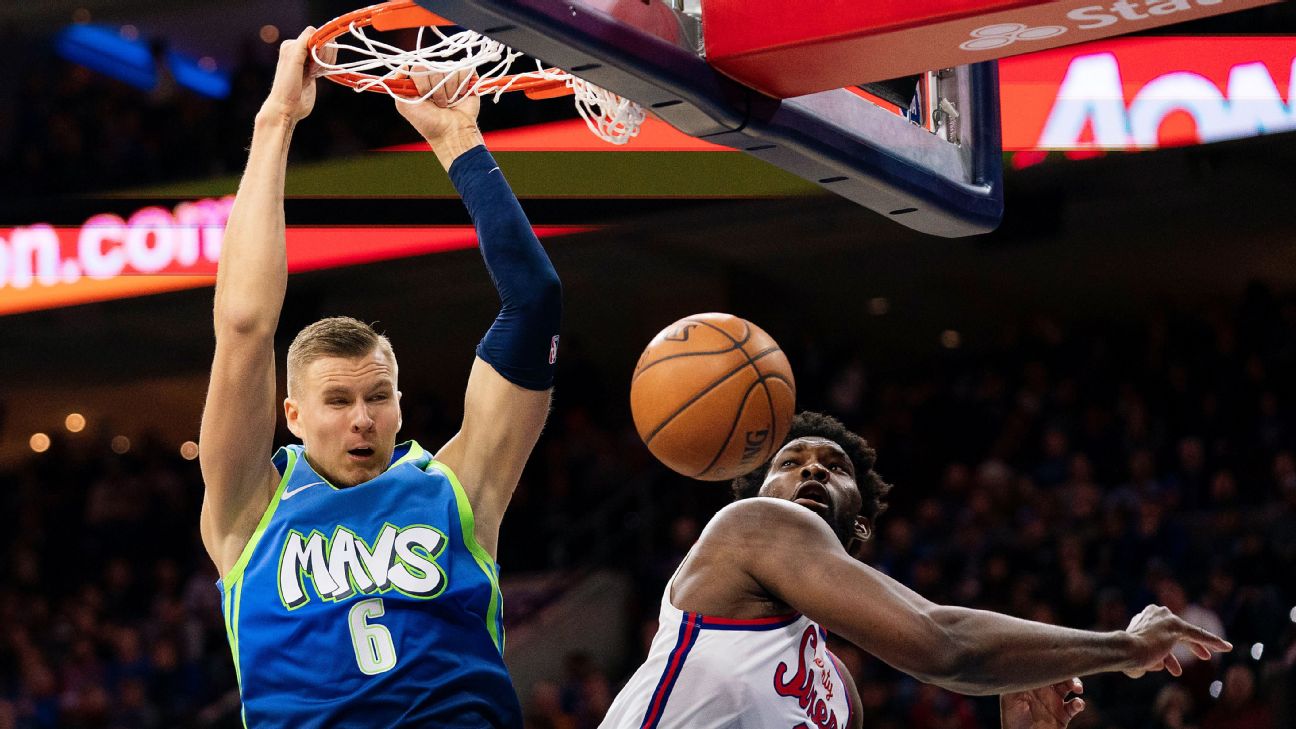 Dallas Mavericks power forward Kristaps Porzingis was a late scratch before Wednesday's road game against the Sacramento Kings, delaying plans for him to return from an extended absence due to right knee soreness.

The Mavs' 127-123 win on Wednesday marked the ninth consecutive game missed by Porzingis. He has not played since he was a late scratch before Dallas' loss toOklahoma Cityon New Year's Eve.

The Mavs declared him available to play against the Kings but changed plans after he complained of soreness following his pregame warm-up routine.

The Mavs are "playing it safe," a source told ESPN, downplaying any significant concern about Porzingis' sore right knee.

Porzingis suffered a torn ACL in his other knee in what ended up being the final play of his New York Knicks tenure.

Dallas has gone 5-4 without Porzingis, whose recovery was complicated by an illness that prevented him from working out for a few days.

"But this was the plan to come back around this time even if I didn't get sick," Porzingis told reporters after the Mavs' road win over the Golden State Warriors on Monday night.