Russell Westbrook on Patrick Beverley: 'He don't guard nobody, man' 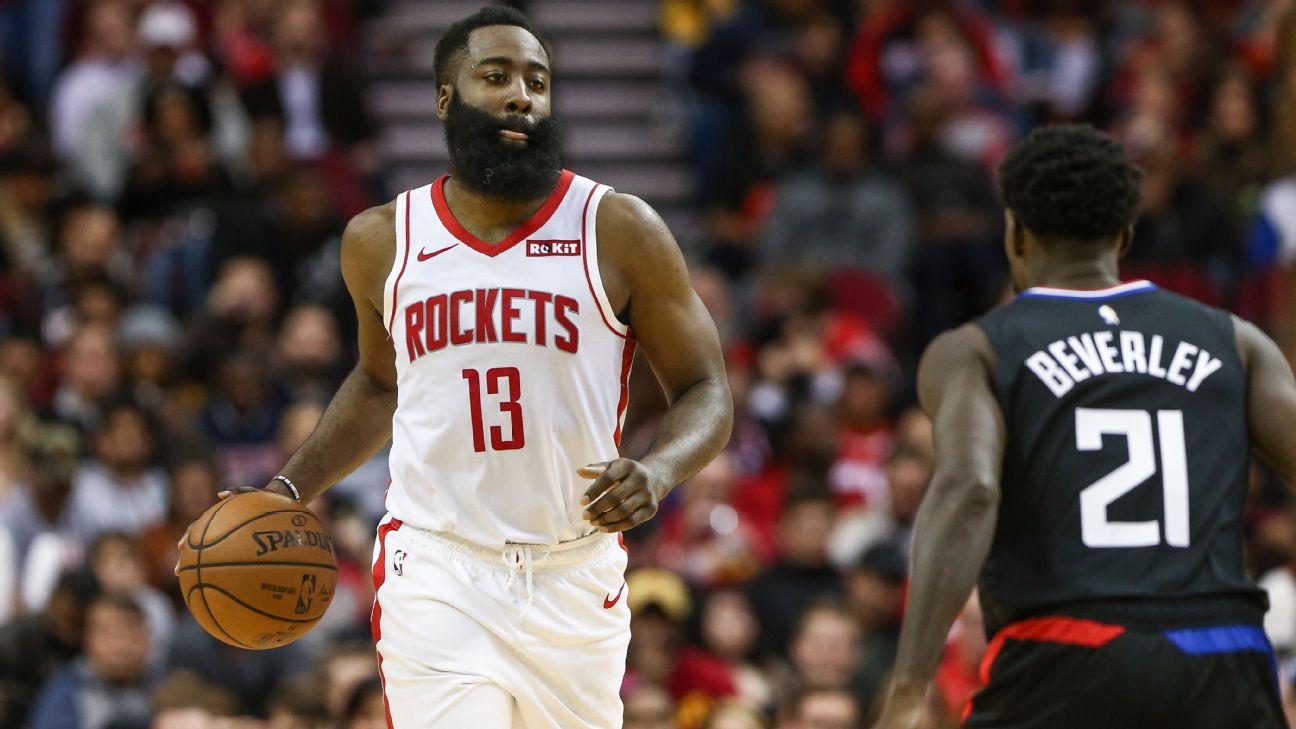 HOUSTON -- Notorious pest Patrick Beverley's reputation as an elite defender isn't accurate, according to Russell Westbrook, who cited James Harden's 47-point performance in the Rockets' 102-93 victory Wednesday night over the Clippers as proof.

"Pat Bev trick y'all, man, like he playing defense," Westbrook said. "He don't guard nobody, man. It's just running around, doing nothing. ... All that commotion to get 47."

Westbrook and Beverley have a long-running feud dating back to the Houston-Oklahoma City series in the first round of the 2013 playoffs. Westbrook suffered a torn meniscus in his right knee that required multiple surgeries after Beverley, then Harden's backcourt mate for the Rockets, collided with Westbrook a split second after the Thunder called a timeout in Game 2.

They have had several confrontations in the seasons since. However, there were no incidents between them during Wednesday night's game at the Toyota Center. Beverley's primary responsibility was to harass Harden before he fouled out with 1 minute, 57 seconds remaining and the Clippers trailing by two points.

Westbrook celebrated Beverley's sixth foul with a mocking wave, but they did not exchange words. Beverley wanted no part of a postgame back-and-forth via the media, declining to respond to Westbrook's verbal jab.

Several minutes earlier, Beverley expressed displeasure with the officiating. He was particularly perturbed about his sixth foul -- a call made when he bumped chests with Harden away from the ball and about 30 feet from the basket -- and a technical foul he received from the bench with 1:31 remaining.

Harden scored 10 of his 17 fourth-quarter points after Beverley fouled out, going 7-for-7 from the free throw line and swishing a pull-up 3-pointer. The 3 put the Rockets up seven points immediately before Beverley's technical foul, which was followed by Clippers coach Doc Rivers' receiving two technical fouls and being ejected.

However, contrary to Westbrook's implication, Harden did not have much success against Beverley, a two-time All-Defensive selection. According to ESPN Stats & Information, Harden was 0-for-6 from the floor when defended by Beverley, who was Harden's teammate in Houston for five seasons before he was dealt to the Clippers as part of the Chris Paul trade.

"I was on his ass," Beverley said of his defense on Harden. "I don't know, I'm locked in defensively in our team concepts trying to do anything to get a win."

Rockets coach Mike D'Antoni acknowledged that Beverley's fouling out was a key moment in the game.

"Big, big. At least James could take the coat off of him," D'Antoni said. "He was bugging the hell out of him. James was swatting, like, 'Get out of here.' Patrick's one of my favorite players. He's all in it for the right reasons. He's what you want on your team. If you want to win, you get guys like that."

Beverley regularly got tangled up with Harden and frequently picked him up full-court, making it difficult for Harden to even get the ball. They had several verbal exchanges, including one while Beverley was on the bench in the third quarter. That started when Harden walked over after drawing a foul and continued on the court during the ensuing timeout. It ended with Harden smiling and Beverley scowling and nodding.

"We all know what Pat does," Harden said. "He's great at trying to get in your head and being aggressive, so I didn't try to focus on that. I tried to execute and get to my spots where I wanted to get my shots off. But we all know how great [Beverley is]. If you let him get into your head and to the body, he can be a pest."

D'Antoni said Beverley "can tick you off" but deserves respect.

"He's earned every cent they give him, and I love him," D'Antoni said of Beverley, who re-signed with the Clippers in July for $40 million over three seasons. "He plays hard."

"He plays hard, and that's good, but he doesn't make great decisions. Sometimes he does a good job defensively, but tonight James took advantage of him and got what he wanted." 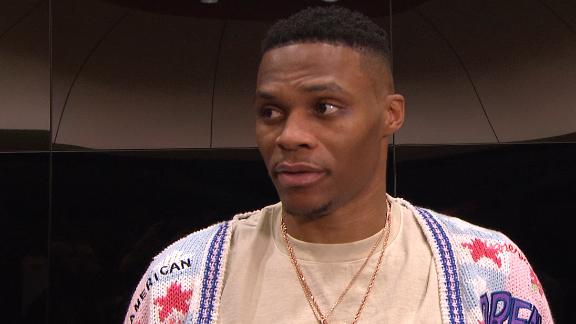 Westbrook: Beverley 'trick y'all, he don't guard nobody'
Russell Westbrook pokes fun at Patrick Beverley, saying his reputation as a defensive stopper is overrated after James Harden scored 47 points in the Rockets' win. 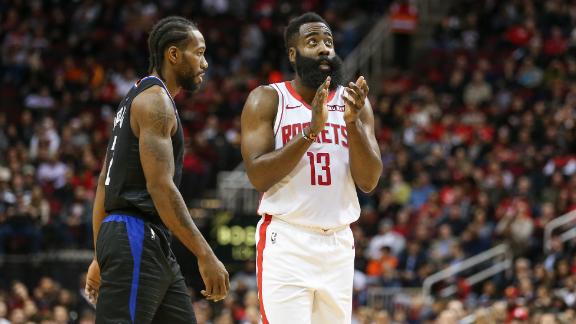