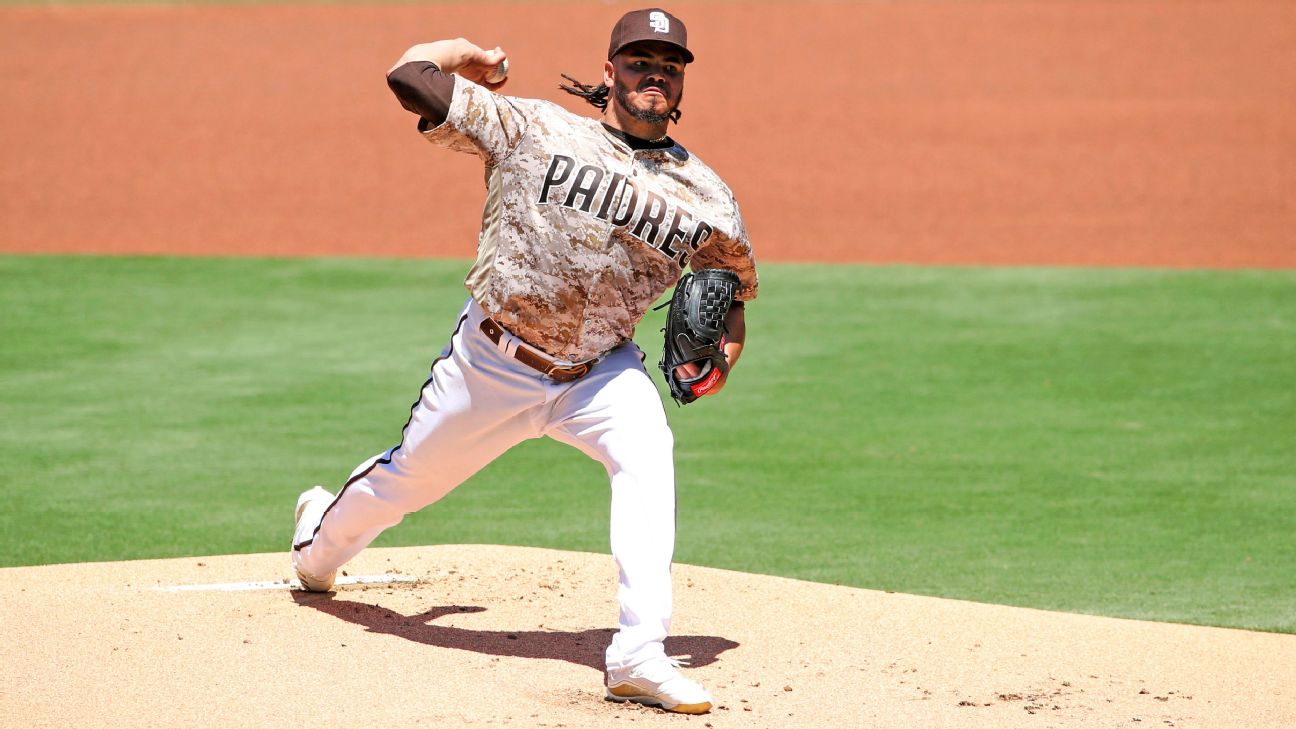 That turned out to be a good thing.


The big right-hander, who finished fourth in the NL Cy Young Award balloting in 2020, said Friday that he thinks he narrowly avoided another Tommy John surgery when he agreed with team doctors to shut down his season.

Lamet underwent platelet-rich plasma therapy in the offseason and, coupled with rest, was able to bounce back.

"I took my time, let everything take its course and I think everything has progressed as we wanted it to," he said through an interpreter after throwing a bullpen session in Peoria, Arizona. "I feel like I'm 100% myself."

While the Padres will closely monitor his progress, particularly when he's relying on his slider, Lamet's status is good news to a team that ran out of starting pitching in the playoffs and lost newcomer Mike Clevinger to Tommy John surgery in mid-November.

Lamet and Clevinger both came out of their final regular-season starts. Lamet missed both a wild-card series against St. Louis and the Padres' three-game sweep at the hands of the rival Los Angeles Dodgers in the NL Division Series.


Clevinger missed the wild-card round and tried to pitch in the NLDS, but came out in the second inning of the opener after his velocity dipped dramatically.

While the Padres initially said Lamet had biceps tightness, there seemed to be some mystery surrounding the injury.

Lamet, 28, sidestepped a question about the precise diagnosis of his injury.

"I think it really just came down to rest," he said. "My arm told me I needed to stop, I needed to shut down before anything got worse. I think that was the diagnosis.

"Hearing from doctors, it was, if you keep trying to push through something when your arm is telling you to stop, you can end up doing damage to your ligament and you want to avoid a Tommy John surgery," he said.


Late in spring training in 2018, Lamet was named to the opening day roster but injured his elbow later that day. He had Tommy John surgery and missed that season.

"I feel privileged, honestly, that we're able to roll out a rotation like this," Lamet said. "I'm working as if I'm not on the team. I'm trying to take every day as a new day and a day that I need to work and prove myself. I feel privileged to be part of it but I'm not taking anything for granted."
Report a correction or typo
Related topics:
sportsespnnewssan diego padresdinelson lamet
Copyright © 2021 ESPN Internet Ventures. All rights reserved.
More Videos
From CNN Newsource affiliates
TOP STORIES