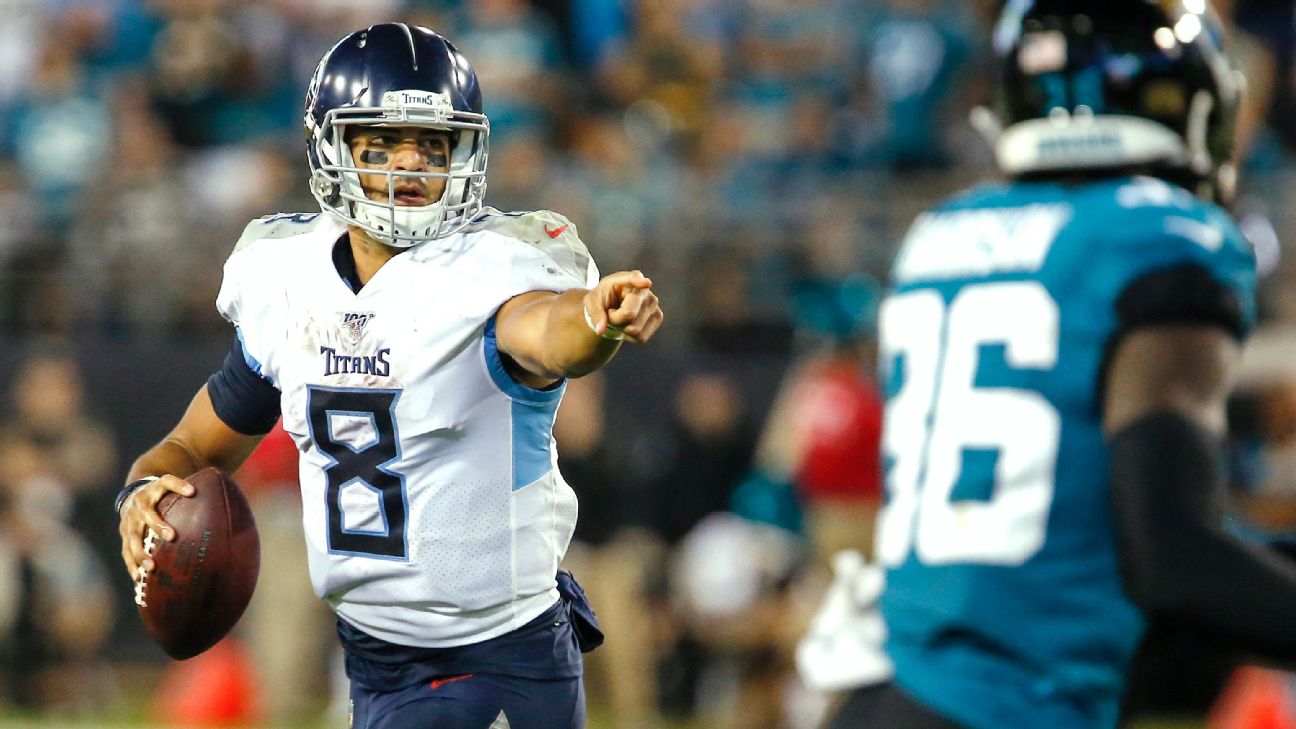 The Las Vegas Raiders have agreed to a deal with former Tennessee Titans quarterback Marcus Mariota, a source confirmed to ESPN.

Mariota, 26, will presumably be No. 2 on the depth chart and will push starter Derek Carr.

The agreement was first reported by the Las Vegas Review-Journal.

When he was with NFL Network as a draft analyst, Raiders general manager Mike Mayock had Mariota as his top quarterback prospect coming out of Oregon in 2015, ahead of eventual No. 1 overall pick Jameis Winston.

"The biggest thing that jumps out with Marcus Mariota is his athleticism," Mayock said after the Titans drafted him second overall. "Think Colin Kaepernick. ... Now, every once in a while, he misses a wide-open throw. Once or twice a game that happens. This is what he's going to have to learn."

Raiders coach Jon Gruden said at the time as an ESPN analyst that he saw Mariota "functioning in the pocket" rather than being a one-dimensional scrambler. "His eyes stayed down field," Gruden said in 2015. "He can stay with the protection if you give him pass protection. ... He is a legitimate dual threat. Adjust your offense to this kid's skill set."

The Titans tried to make it work with Mariota, but their time with the QB produced only one playoff appearance (2017) with him as the starting quarterback.

Mariota, the second overall pick in the 2015 draft, yielded his starting job to Ryan Tannehill this past season after struggling to a 2-4 record.

A variety of factors kept Mariota from developing as a quarterback. There was constant turnover at offensive coordinator, and he dealt with a series of injuries during his time in Tennessee.

Despite his quiet demeanor, Mariota had a strong presence as a leader in the Titans' locker room.

In five seasons, he totaled 13,207 passing yards, 76 touchdowns and 44 interceptions.

Before the 2017 season opener between the Raiders and Titans, Carr spoke of a kinship with Mariota, a Honolulu native who should feel comfortable in Las Vegas, famously known as the ninth Hawaiian island because of the city's popularity with the Polynesian population.

"I love him," Carr said at the time, when both quarterbacks were returning from broken legs suffered late in the 2016 season. "Sometimes I don't really talk to my brothers a lot either, but it doesn't mean I don't love them."

"Him being able to do that at such a young age, it's only going to get easier for him as he gets older, as long as he doesn't try and do too much. I wish him the best." 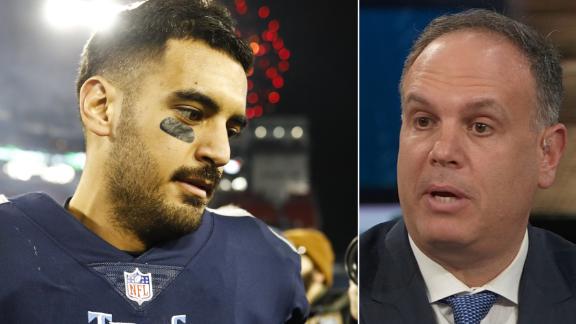