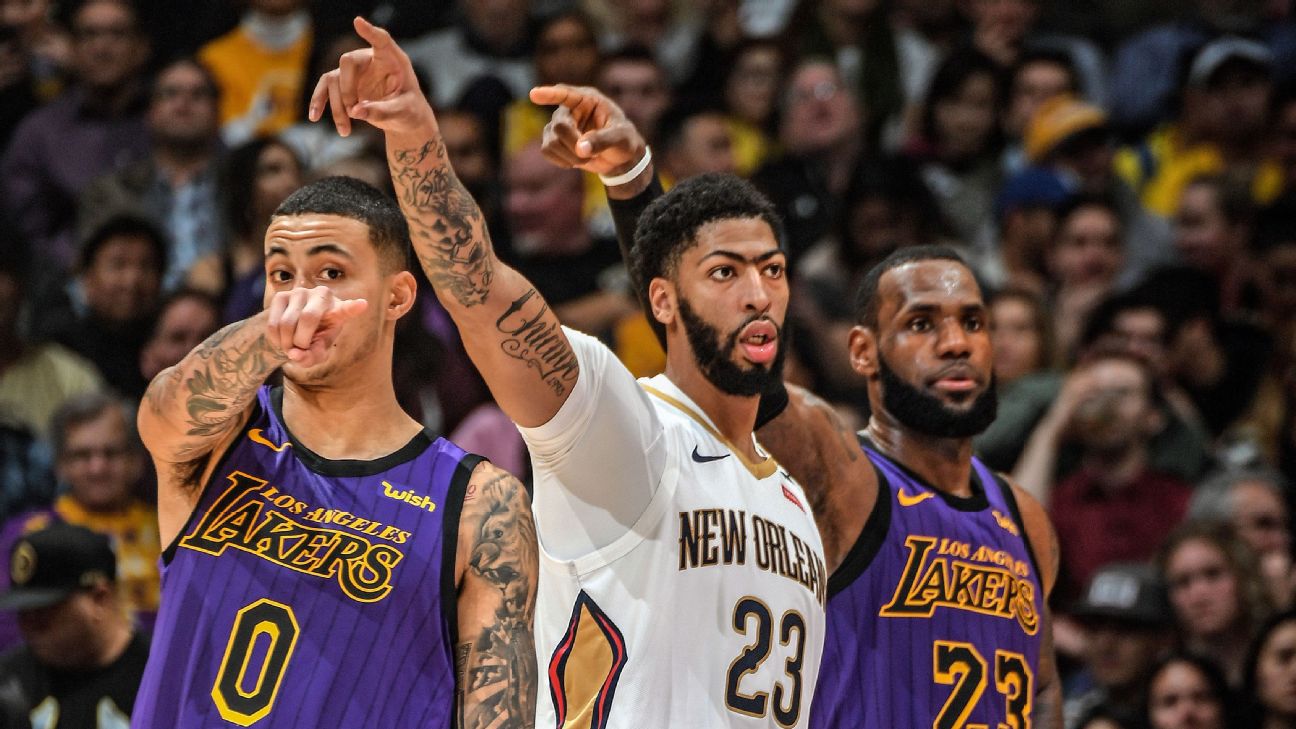 The Lakers paid a steep price to partner Davis with LeBron James: sending Lonzo Ball, Brandon Ingram, Josh Hart and the picks -- including the No. 4 overall selection in Thursday's NBA draft -- to the Pelicans, sources said. The Lakers were able to hold on to forward Kyle Kuzma in the trade.

New Orleans' trade package from the Lakers represents one of the most substantial returns on a single star player in modern league history.

For now, the expectation is that the deal will be completed on July 6, the end of the free-agent moratorium, league sources told Wojnarowski and Bobby Marks. Assuming that Davis continues with his plan to accept his 15 percent trade bonus of $4 million, the Lakers will have $23.7 million in available salary cap space for free agency. Davis has the right to void the bonus.

Davis, who had requested a trade to L.A. in January, joins James in Los Angeles to create one of the most powerful duos in the NBA. James welcomed his future teammate Saturday night, writing on Instagram: "AD on da way!! Let's get it bro! Just the beginning."

Davis has long indicated privately that he plans to sign a new contract with the Lakers once he becomes eligible for free agency in 2020, sources said.

The Pelicans' return for Davis was substantial and perhaps even more impressive given that the market had shrunk on New Orleans, based upon rival teams believing he would ultimately become just a one-year rental before leaving for the Lakers next summer.

The Boston Celtics had resisted including Jayson Tatum in a trade package, and that ultimately made the Lakers the clear-cut choice to strike a deal, league sources said.

The Pelicans now will have two of the top four picks in Thursday's draft -- No. 1 and No. 4. New Orleans will select Zion Williamson at No. 1 and now has the flexibility to select a player at No. 4 or trade it at auction in the next several days.

New Orleans has had significant interest in talks with teams in recent days on the fourth overall pick, and those talks are expected to continue over the next several days, sources said. Teams are pursuing point guards Darius Garland and Coby White high in the lottery, giving New Orleans a chance for an even bigger haul from the deal.

The future picks going to the Pelicans include a 2021 pick that will go to New Orleans if it is in the top eight in that year's draft -- and will become an unprotected pick in 2022 if it isn't -- sources told ESPN's Tim Bontemps.

In addition, the deal includes a pick swap in 2023, which is unprotected, as well as an unprotected first-round pick in 2024 that the Pelicans will have the right to defer until 2025, sources told Bontemps.

Ingram and Ball were the key players in the trade for the Pelicans, who envision them in a starting lineup with Williamson and Jrue Holiday. Ingram has been recovering from a blood clot in his right shoulder that ended his season prematurely. He is expected to be back on the court in July and ready for training camp in the fall, sources said.

If the Pelicans and Lakers had waited until July 30 to complete the trade, the Lakers could've had $32.5 million in cap space -- enough to pursue a max-contract-level free agent. By waiting until July 30, Los Angeles would've been acting like a team over the cap and thus would be allowed to use the fourth overall pick in Thursday's draft as salary. If the trade is finalized on July 6, that number shrinks to $27.7 million -- a number lowered to $23.7 million with Davis' trade kicker.

If the Pelicans had waited until July 30 to complete the trade, they would have had only $15 million in cap space, rather than $19 million if the trade is completed July 6.Waiting until July 30 also complicates the Pelicans' ability to bring another team into the deal to move the No. 4 pick in a trade, because the month delay would tie up that team's salary cap space, too. 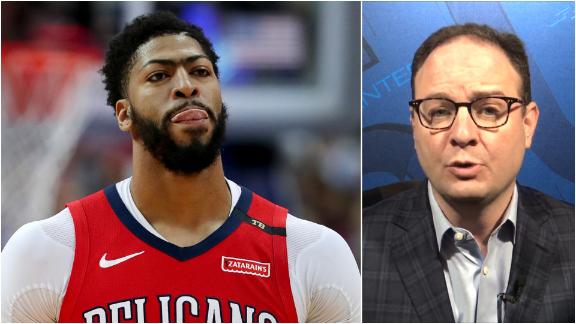 Davis trade to be finalized July 6
Adrian Wojnarowski explains how Jeanie Buss and Rob Pelinka were under "incredible pressure to get a deal done and bring Anthony Davis to the Lakers." 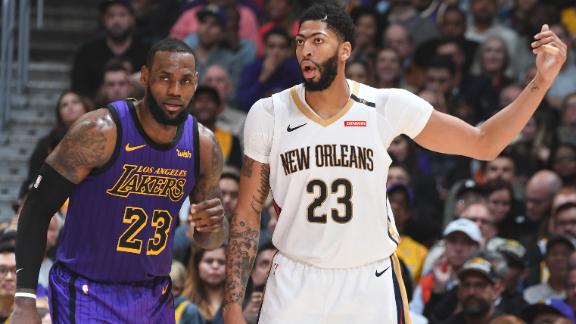 Woj: 'Lakers are a legitimate contender'
Adrian Wojnarowski breaks down what the Lakers had to give up to acquire Anthony Davis while the Pelicans begin their rebuild. 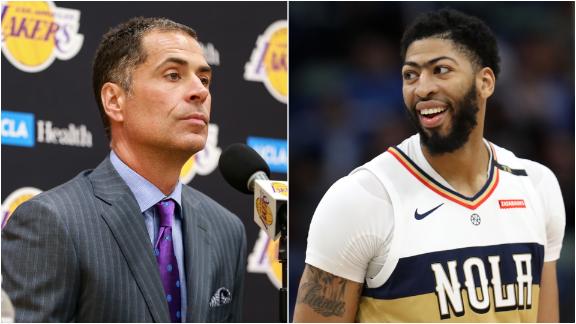