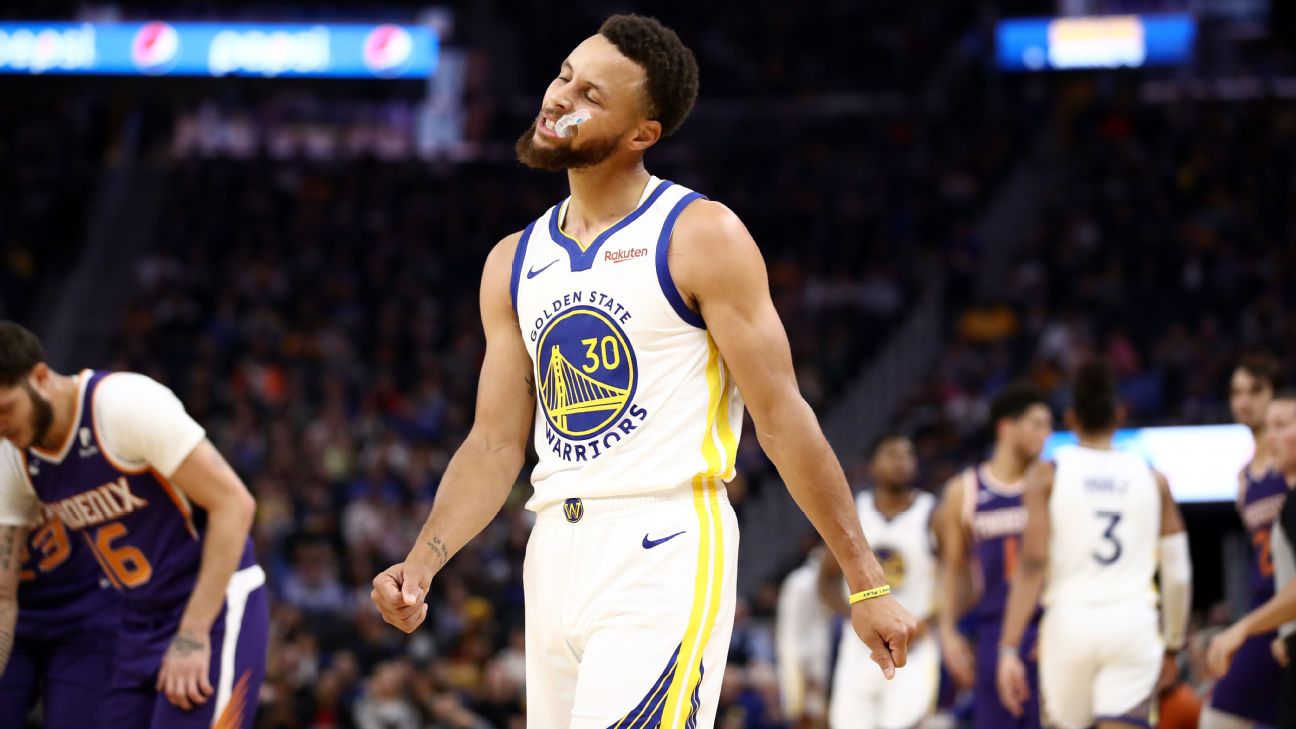 A source told ESPN's Ramona Shelburne that Curry, 31, has a fracture in the second metacarpal, the bone in the hand below the index finger.

"Obviously it's been a tough start for us on many levels," Warriors coach Steve Kerr said after the game. "So we're just trying to find our footing. And obviously this puts us in a tough spot. So we'll assess it, and we'll go from there."

Curry posted a photo to his Instagram stories Friday waving his injured hand with the caption: "Appreciate all the love/texts/support all that. Be back soon!"

He underwent a CT scan, and the Warriors said they will have specialists look over the results Friday before deciding the best course of action moving forward.

For a Warriors group already playing withoutKlay Thompson, who is recovering from an ACL injury in his left knee, andKevon Looney, who is dealing with a neuropathic condition that will keep him out for at least three more games, Curry's setback was a nightmare scenario for a team that is 1-3 and has had major issues on defense.

"It's hard," Warriors forwardDraymond Greentold The Undefeated's Marc J. Spears. "Makes things even harder. But just got to keep playing and trying to figure it out. I just wish we got one practice with our team. One practice. We didn't even get one practice. Not a single one."

The injury occurred with 8 minutes, 31 seconds left in the third quarter when Curry drove to the rim and collided with Suns big man Aron Baynes, who attempted to take a charge and ended up falling on top of Curry's hand.

Curry stayed on the ground for a few moments holding his wrist then got up and tried to shake off the pain. He attempted to stay in the game before the Warriors called a timeout and Curry walked to the bench. After another few moments, Curry headed to the locker room with Rick Celebrini, the Warriors' director of sports medicine and performance.

Since Curry was not able to take his free throws after Baynes was called for the foul, he was not permitted to reenter Wednesday's game. Warriors center Willie Cauley-Stein took the free throws in Curry's absence.

"Just one of those things," Kerr said. "Aron Baynes came up after the game and just wanted to know how Steph was doing. You could tell he felt really bad. It was just a random basketball play, so stuff happens."

After the game, the Warriors' locker room was quiet as staffers walked around almost in disbelief about what had happened.

"It's unfortunate," Green told Spears. "Another one of our guys going down, one of our leaders. It's tough. Hopefully it's [an injury] where he don't need surgery, kind of get back sooner rather than later. But we'll find out more when he gets the tests done."

Warriors owner Joe Lacob said he believes the injury will give younger players an opportunity to step up.

As for the speculation around the league that the Warriors might ultimately decide to tank this season after having so many injuries to start the year, Lacob wouldn't engage in the conversation.

"I won't even respond to that," he said, before making his way out of Chase Center.

The Warriors' odds to win the NBA championship tumbled from 35-1 to 100-1 at Caesar's Sportsbook after Curry's injury. 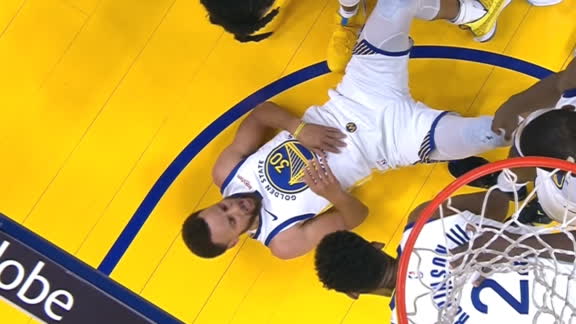 Curry exits with broken hand
Steph Curry collides with Aron Baynes and breaks his left hand. He would head to the locker room. 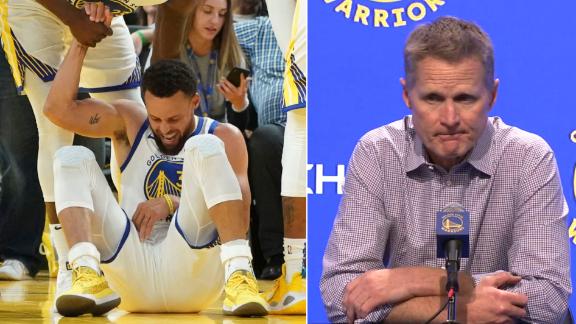 Kerr addresses media about Curry's broken hand
Steve Kerr says the Warriors coaching staff will meet to figure out how to adjust the lineup without Stephen Curry after he broke his left hand. 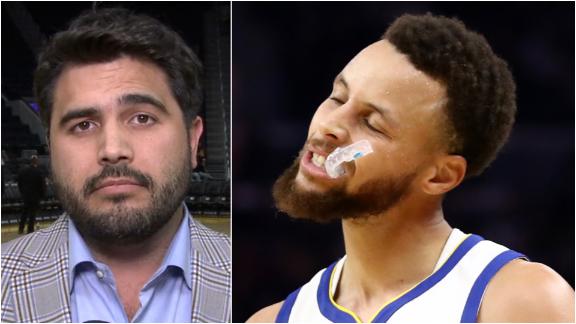