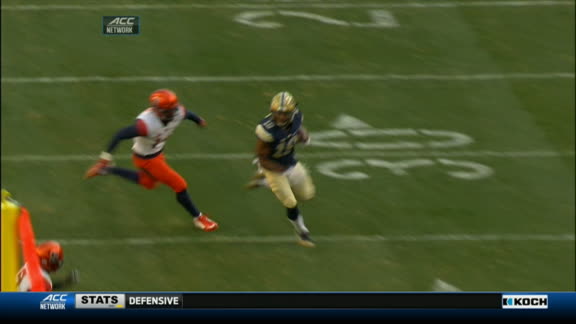 PITTSBURGH -- For the better part of four hours Pittsburgh and Syracuse raced up and down the Heinz Field turf like kids playing in the street waiting until their parents called them in for dinner. The touchdowns kept piling up, one after another. An absurd 20 in all.

When Pitt quarterback Nate Peterman mercifully ended it with a simple kneel down to run out a 76-61 victory -- the highest scoring regulation game in FBS history -- the Panthers trotted toward the band for one last victory song caught somewhere between relief and disbelief, their head coach included.

If anything, it was a memorable one for the Panthers (8-4, 5-3), who capped a season that included victories over Clemson and Penn State with a performance that looks like a typo or something borrowed from the annual basketball showdowns by the former Big East foes turned ACC rivals. Pitt's point total was actually higher than anything the school's basketball team mustered in three wins over the Orange last season and the most Syracuse has ever surrendered in a program that dates back to 1899.

"Half of me is jumping for joy with what our offense did today," Narduzzi said. "The other half of me, makes me sick."

Pitt survived thanks in part to 251 yards passing and four touchdowns by Peterman, who added a diving 13-yard score on the ground, and 160 total yards and three scores by running back James Conner. The Panthers needed only 24:18 to put up 644 total yards and averaged 10.9 yards per play.

And still Pitt never really got comfortable, not even after Quadree Henderson's 66-yard sprint gave the Panthers a 49-21 lead with 8:59 in the third quarter. Ten more touchdowns were to come.

"I'm thinking we're about to put up 80 points in a football game," Henderson said. "Are we playing basketball or football? It was definitely weird."

The Orange (4-8, 2-6) ended coach Dino Babers' first season a fourth straight loss but hardly rolled over when things looked bleak. Backup quarterback Zack Mahoney kept chipping away against the nation's 127th ranked pass defense. Mahoney threw for 440 yards and five scores, all of them to Amba Etta-Tawo, and ran for two more.

Three times in the fourth quarter Syracuse pulled to within two touchdowns only to have Pitt answer quickly on a day the teams combined for 1,312 yards, something hard to do in video games, let alone real life.

"It's fun being out there and putting up all those points," Mahoney said. "When it comes down to it, the only important stat at the end of the days is wins and losses."

Babers brushed aside any speculation he might have any interest in the coaching vacancy in Houston now that Tom Herman has jumped to Texas.

"I am 100 percent locked in here at Syracuse," said Babers, who just completed his first season with the Orange.

Conner, who extended his ACC record for career touchdowns to 56, reiterated he will wait until after Pitt's bowl game to make a decision about whether to return for his senior season or head to the NFL. A year after being diagnosed with cancer, Conner finished the regular season with 1,060 yards to become the fifth back in school history with two 1,000-yard seasons.

Syracuse: Etta-Tawo will likely be getting paid to catch the football in the NFL next fall. The graduate transfer from Maryland finished with 13 catches for 178 yards. His five receiving touchdowns gave him 14 on the season, tying Tommy Kane's school record.

Pitt: The Panthers finished the regular season with a three-game winning streak for the first time since 2004 and offensive coordinator Matt Canada will likely be a hot property after Pitt set a school record for points in a season (508). Yet there's plenty for Narduzzi -- who built Michigan State into a defensive power during his long run as coordinator there -- to work on.

Syracuse: The loss ended any outside shot at a bowl game.

Pitt: Likely played its way into an upper-tier ACC bowl thanks to a resume that includes wins over Clemson and Penn State. 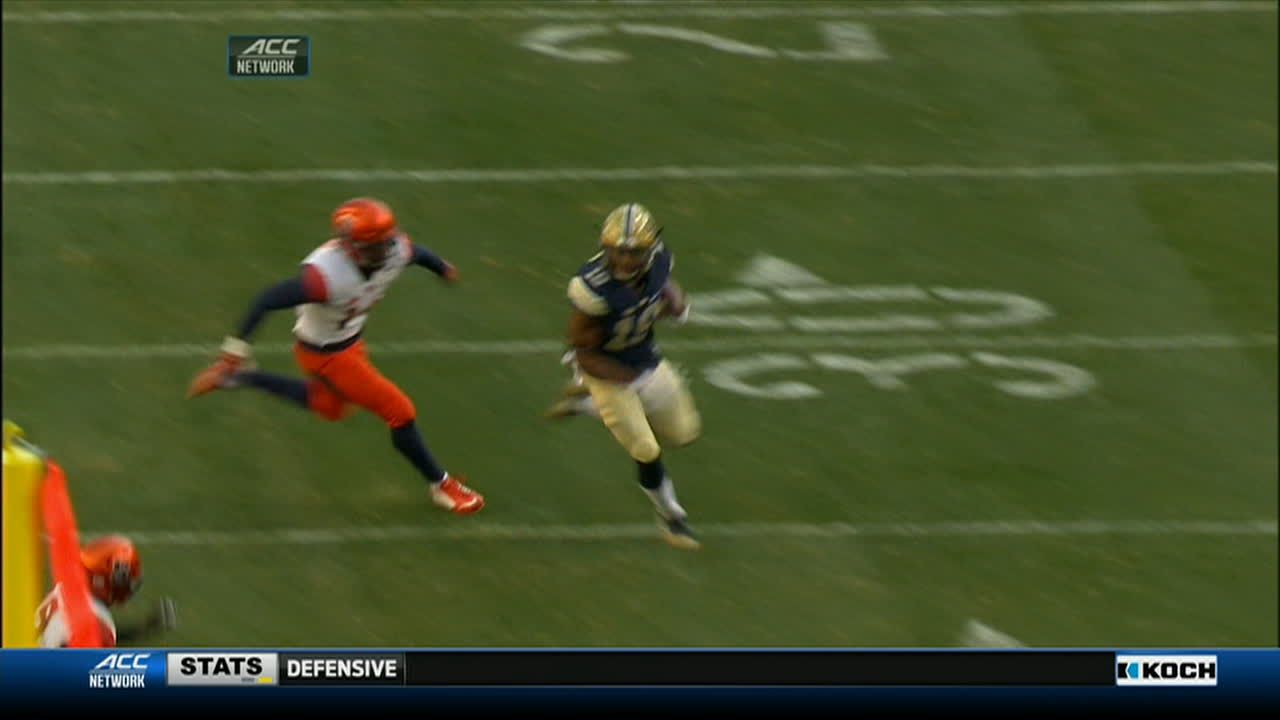