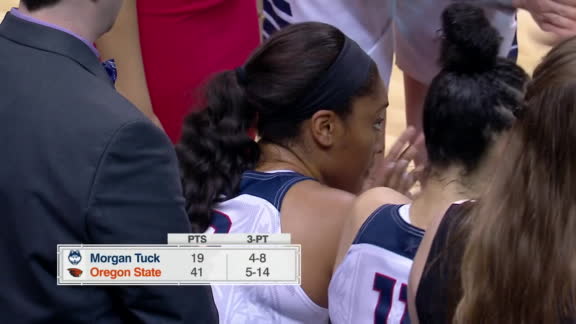 Samuelson, a 6-foot-3 freshman, left the Huskies' 80-51 Final Four win over Oregon State to be examined by a trainer and returned to the bench wearing a walking boot.

"I think we're gonna have to go to practice tomorrow and see what looks really good," coach Geno Auriemma said when asked who would start in Samuelson's place.

"I felt we got great contributions today ... Gabby Williams played great, Napheesa [Collier] came in and gave us some great minutes," Auriemma said. "I think we'll just go and look at a couple different scenarios."

Samuelson has started 22 of the team's 37 games, including Sunday's matchup, and is fourth on the team in points per game with 11.1; she also averages 3.4 rebounds and 2.2 assists per game.

The Huskies (37-0) have won 74 straight games and Auriemma is one victory from winning a fourth consecutive national championship and a record 11th in his career, which would move him past UCLA men's coach John Wooden for the most all-time in college basketball.

UConn will face Syracuse on Tuesday night at 8:30 ET on ESPN for the national title in a clash of former Big East foes. 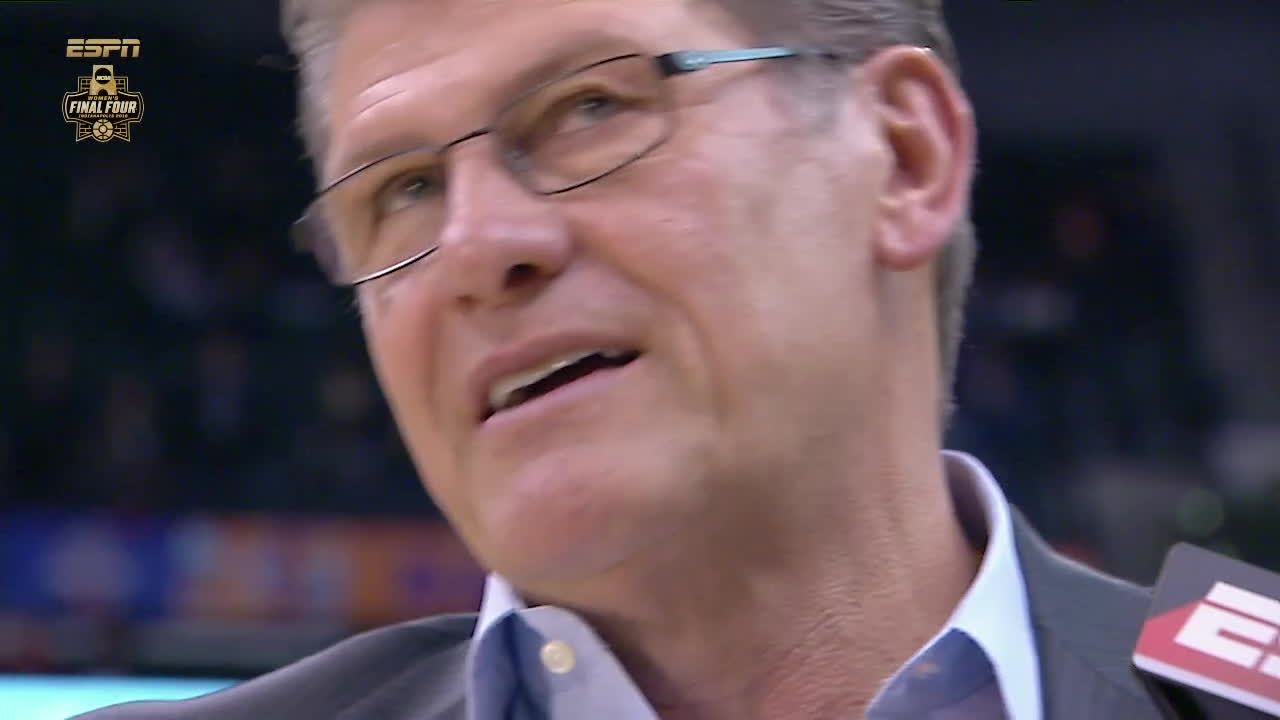