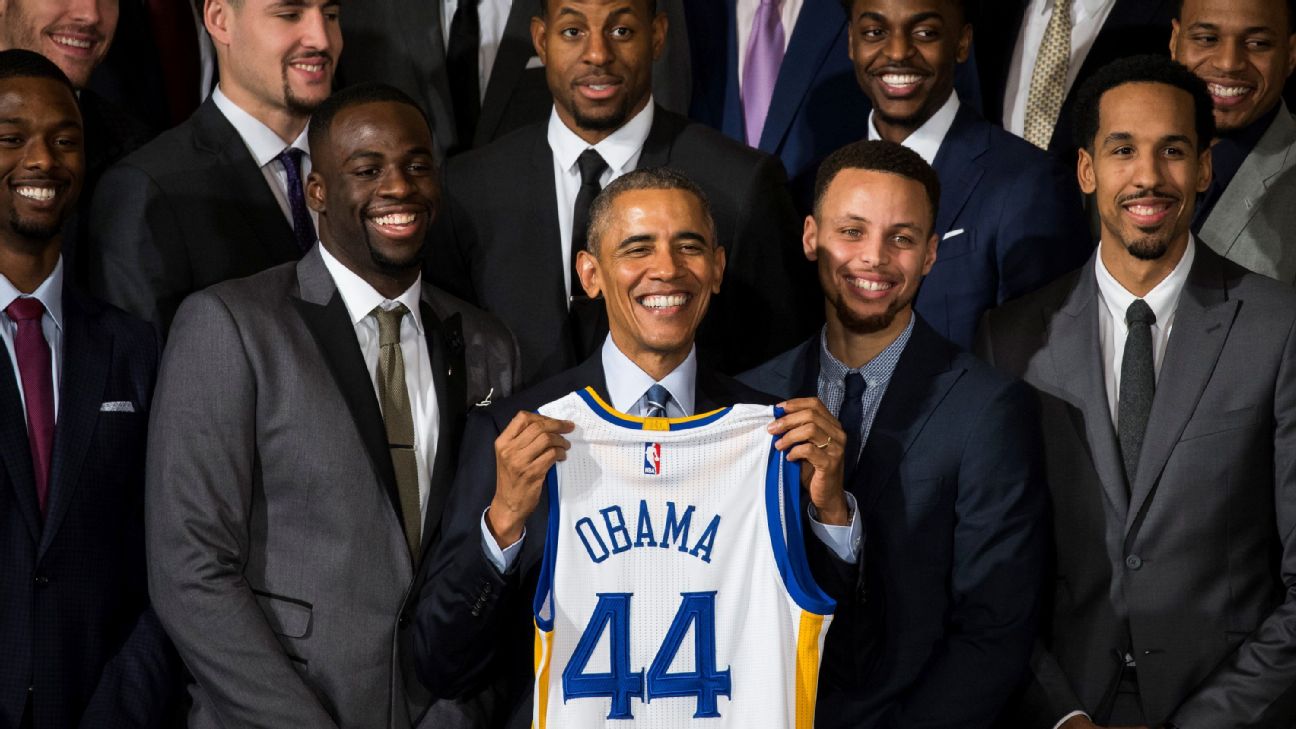 The visit, in Obama's office, lasted about an hour. The Warriors' contingent included the players and team security personnel.

Tony Banks, a member of the Warriors' staff, posted a photo of the group on Instagram that has since been deleted, but a reporter for The Mercury News posted the photo on Twitter.

The Warriors visited Obama, a huge hoops fan, in the White House in February 2016 to celebrate their 2015 championship.

They did not go to the White House to celebrate their 2017 win. After some players on the team, including Stephen Curry, said they would not visit if invited, President Donald Trump tweeted that the invitation was withdrawn.

A team official told ESPN's Ramona Shelburne that the Warriors' visit with Obama was arranged through Curry, who has become friendly with the former president over the years, but Curry played coy about how the meeting came about.

That was similar to messages from several other players and coach Steve Kerr, who said he didn't participate in the meeting but was pleased his players got an audience with the former president.

Nancy Pelosi, the speaker of the U.S. House of Representatives, chatted with Curry after the game for a couple of moments before getting a selfie with the two-time MVP.

There was never any discussion of whether the Warriors would visit the White House to celebrate their 2018 NBA title after not going last year.

When the Warriors made their trip to Washington in 2018, they spent a day at the National Museum of African American History and Culture with youngsters from Seat Pleasant, the Maryland neighborhood where Durant grew up. 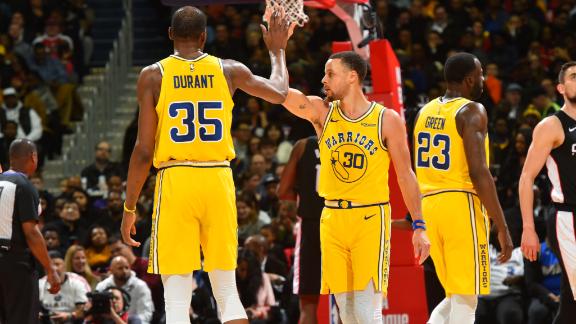