Man dies after being stabbed outside southwest Fresno gas station 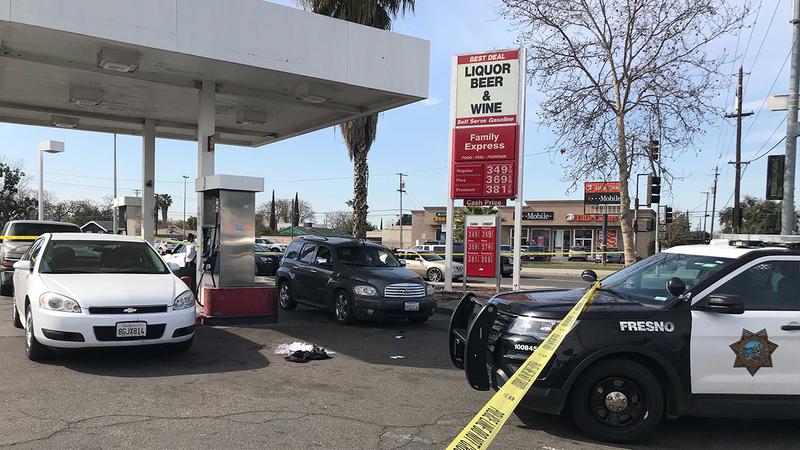 Man dies after being stabbed outside SW Fresno gas station

FRESNO, Calif. (KFSN) -- A man in his 60s parked his Chevy by the Express Market gas pumps Wednesday morning and pretty soon, he found himself under attack from a man in his 40s.

"There was some kind of confrontation here in this parking lot where the suspect then stabbed the victim," says Fresno Police Lt. Mark Hudson. "He ran from this location, where officers were able to take him into custody at C and Tulare St."


Investigators told us they don't know much about the suspect, but they caught him and took him into custody a couple of blocks from the scene of the attack.

Police kept him there for more than an hour while a K-9 unit sniffing the route he took after he left the convenience store parking lot.

Investigators had a lot of evidence to collect.

"We're looking at video from the store and we're talking to witnesses to try to determine exactly what happened," Lt. Hudson said.

People who frequent the area told us an act of violence is unfortunate, but not a big surprise.


But they say it can happen anywhere when people can't get along.

"Everybody needs to respect everybody and everything like that," says Solo. "This is life. This is serious."

Police acknowledged how busy they've been over the last year and especially the last week.

They also pointed out that none of these recent homicides have followed a pattern.