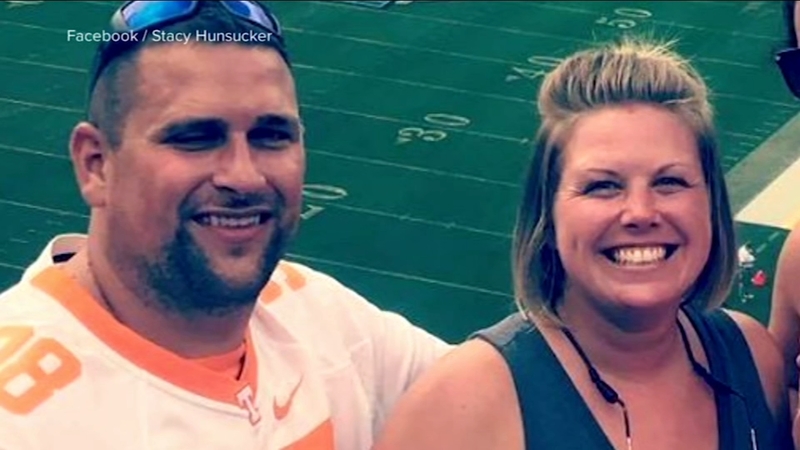 GASTON COUNTY, N.C. -- A North Carolina man has been charged with murder after his plot to poison his wife was uncovered.

Gaston County officials say Joshua Hunsucker, a paramedic, poisoned the mother of his children using an ingredient found in eye drops and nasal spray. Court documents state that Hunsucker would have likely had access to medications containing Tetryzoline because of his job.

After she died, Joshua allegedly refused to allow an autopsy to be performed, stating that he did not want his wife "to be cut up," even though she was an organ donor. He then had her body cremated immediately after her death.

Once investigators discovered that Stacy was an organ donor, they obtained a blood sample that had been preserved and sent it to a lab for testing. The results showed a high level of Tetrahydrozoline -- about 30 to 40 times higher than the therapeutic level, according to the affidavit.

Coworkers of Joshua Hunsucker expressed concern to investigators on how "unaffected" he was by his wife's death and "how quickly he had moved on with his girlfriend," whom he moved into the home he previously shared with his wife, according to the court documents.

Stacy's funeral was arranged and paid for by her parents, rather than Joshua, according to an affidavit.

Joshua's charges were for first-degree murder.

He had been employed with Atrium Health's MedCenter Air unit since 2013, but he had been fired as of Friday, WSOC reported. He had been under investigation for misconduct at work.