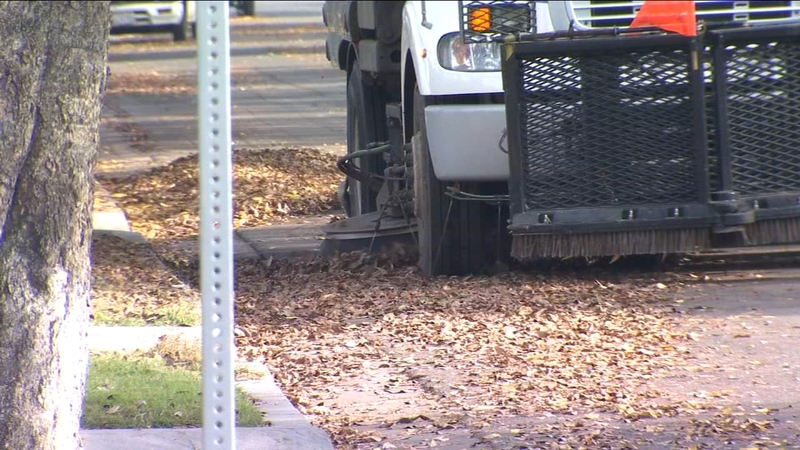 FRESNO, Calif. (KFSN) -- A force in Fresno is answering the call of duty in less than 24 hours.

The city's 'Storm SWAT Team" is ready to respond because there's no negotiating with the weather -- that's expected to bring a wet assault on the Valley.

"Those folks make sure the drains are cleared get the pumps out and try to make sure they drain down the water as quickly as possible," said Mark Standriff, spokesman for the City of Fresno.

Standriff says the potential for flooding means maintenance crews are ready and available.

"The way our flood control system is set up it can only handle as much as half an inch of rain within a one hour period," he said.

Starting as soon as Tuesday overnight into Wednesday, the National Weather Service is predicting this storm system will bring snow and rain with the heaviest rain totals in the foothills and higher elevations of the Sierra Mountains.

They've issued a flash flood warning for the foothills of Fresno, Madera and Merced counties.

CalTrans crews will be closely monitoring burn scar areas like where the railroad fire hit.

"That area will continue to be an area of concern if there's a big rain or snow event," said Sam Yniguez.

Hillsides will be monitored to determine whether nearby roadways are safe for travel.

"We go into what's called a storm protocol where we stagger our shift so there's always a crew on the clock 24 hours a day throughout the storm event," Yniguez said.

Christmas Tree Lane organizers say you might want to pack the parka for the Dec. 1 "Walk Night," because they're going on rain or shine.

"Yeah it's wet but the lights are beautiful and it's unique walking in the rain," said Dean Alexander, Chairman of Christmas Tree Lane.

Alexander says he starts decorating mid-October, much like the other 140 homes along the 2 mile stretch.

"It'll hamper the crowds a little bit but still people come out with their umbrellas and have a great time," he said.