Video captured spectators gathering and walking on the lanes while fireworks were lit.
KABC 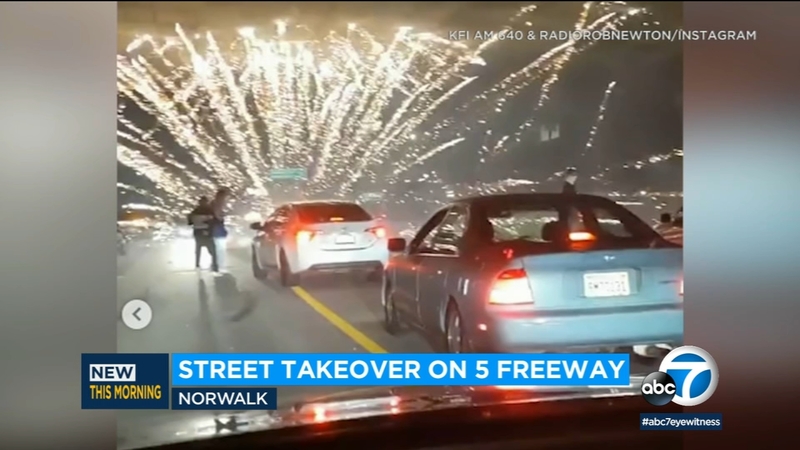 VIDEO: Fireworks go off during 5 Freeway takeover in Norwalk

NORWALK, Calif. -- Traffic came to a complete stop on Interstate 5 in Southern California Thursday night when people began lighting fireworks on the lanes during an illegal takeover.

Video captured spectators gathering and walking on the lanes while fireworks were lit. It appears as though a couple dozen people were standing outside their cars during the incident.

A witness who captured the video said he was on his way to work when the shutdown happened on the northbound side of the freeway in Norwalk.

Several people were seen running and jumping during the illegal impromptu fireworks show.

The footage also shows at least one car performing a donut, with a handful of people followed closely behind the vehicle.