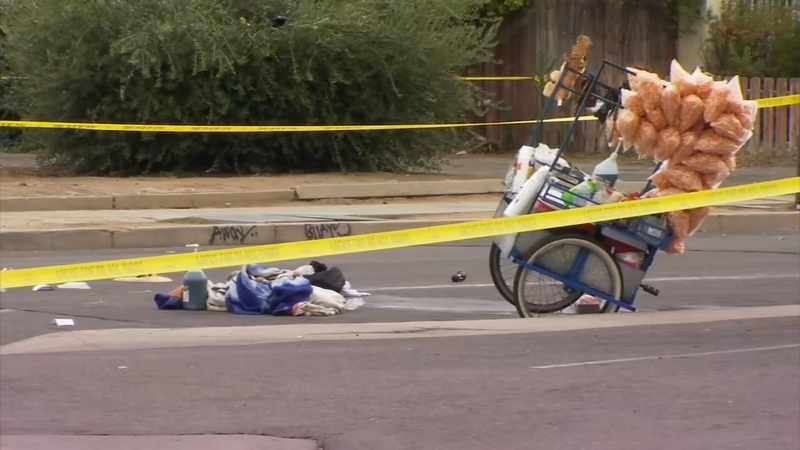 FRESNO, Calif. (KFSN) -- Dozens gathered in central Fresno to voice their concerns over a recent increase in violent and even deadly attacks on street vendors.

"I would say leave the street vendors alone," says Jasmin Guzman. "They are just trying to make money to help out their families."

This rally comes after the recent killing of street vendor Jose Rivera.

According to investigators, someone driving a dark colored SUV pulled up next to Rivera and opened fire.

To help Rivera's family, Lewis, along with other food trucks and vendors at the event, donated half of their profits to the family.

Speakers at the event urged city officials and the community to do more when it comes to protecting this vulnerable group of business people.

"We ask the community to be vigilant against increasing acts of violence in the streets of Fresno, especially against the vendors," says Stan Santos.

Police say they're still looking into the motive behind Rivera's death.