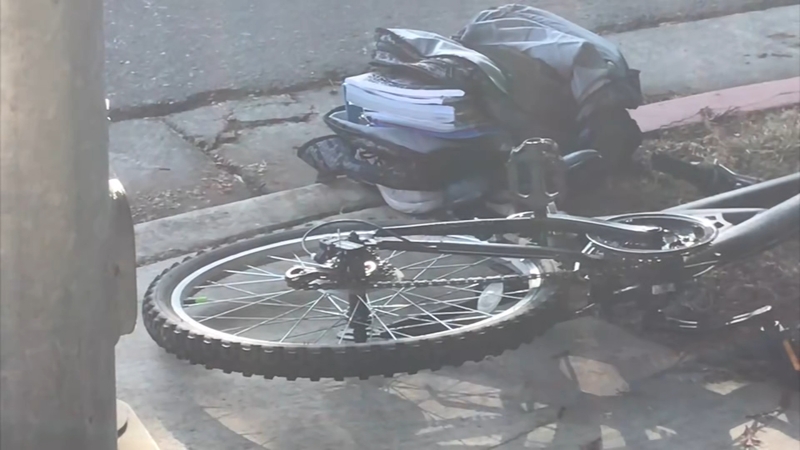 MERCED, Calif. (KFSN) -- Merced Police say a student suffered major injuries when he was hit by a car while riding his bike to school Thursday morning.

It happened at the intersection of Paulson and Yosemite Avenues.

Officers say the driver turned right on a green light and did not see the eighth grader on the crosswalk.

The victim attends Cruickshank Middle School, which is just a few blocks away.

He was flown to Valley Children's Hospital with serious head injuries.

"Unfortunately he was not wearing a helmet. He was flown to Valley Children's hospital so he does have some serious injuries. It looks like he's in good hands right now so we're hoping the best for him," said Merced Police Sgt. Dan Dabney.

Police say it does not appear the driver did anything wrong, and she cooperated fully with investigators at the scene.

They also say neither drugs nor alcohol seemed to be a factor in the collision.

"The unfortunate thing about this area is the sun is coming up so anybody that's driving eastbound has a really hard time seeing as well, so there's a lot of factors... Whenever a child is involved, the driver was extremely distraught as a result of it. Nobody ever wants to have something like this happen to them so it's definitely a tragedy," said Dabney.

Several people witnessed the crash or the aftermath, including other students.

The Merced City School District released a statement, saying in part, "Our thoughts and prayers are with the student's family and friends during this difficult time. We will have additional counselors available for as long as they are needed and will offer support to the child's family, classmates, and Cruickshank staff members in every way possible."

The student is a varsity player for the Merced Bears Youth Football program, and they've been posting updates on social media from his mother.