Suspect arrested after stealing identities, cars, and thousands of dollars from innocent victims 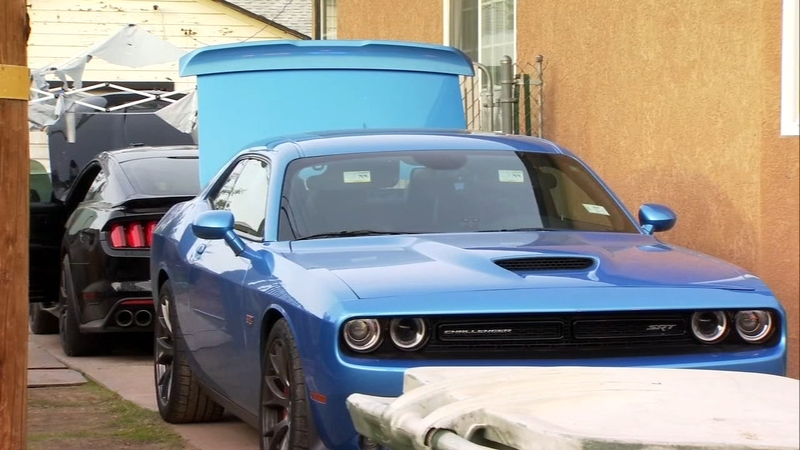 Suspect arrested after stealing identities, cars, and thousands of dollars from innocent victims

FRESNO, Calif. (KFSN) -- There's so much evidence, deputies say they had to bring a trailer to haul it all away.

It looks like your average house, but behind closed doors, investigators say a suspect was stealing identities and using them to make counterfeit ID's and stealing thousands of dollars from innocent victims.

Stolen cars were hauled away from the home where Fresno County Sheriff's deputies say a suspect was making fake ID's and stealing thousands of dollars.

45-year-old Hoover Alford sat handcuffed in front of this house off Sierra Vista and Kerckoff as investigators say he was the mastermind behind the operation.

Tony Botti says a four-month-long investigation not only led them to stolen cars worth more than one hundred thousand dollars, but to dozens of printers and computers that helped him give his customers new identities.

Botti says this isn't Alford's first time in trouble with the law. the suspect has a history with this type of crime dating back to 2013.

Another suspect was also arrested who investigators say was there when they arrived, and likely a customer.

Botti says they don't know how many victim's identities were stolen, but they plan to find out.