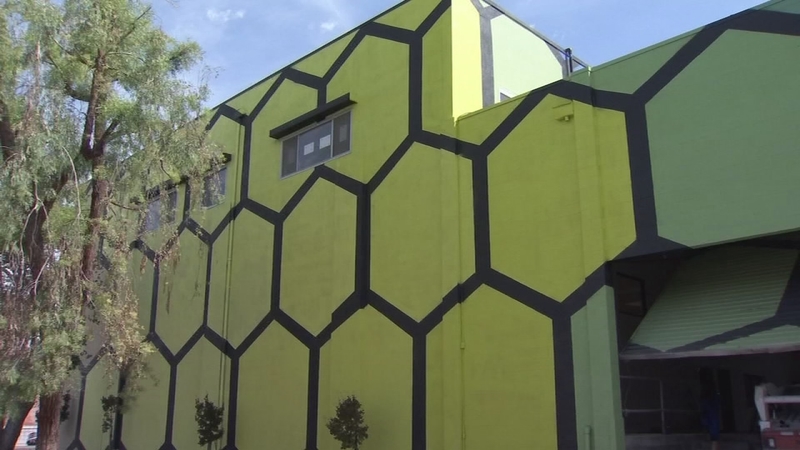 FRESNO, Calif. (KFSN) -- From the outside, bright colors cover the outside of Bitwise's newest building: "The Hive." It is meant to inspire minds and creativity.

"Immediately it clicked that that boring building could become a hive," said Jake Soberal, Bitwise Industries C.E.O. "There is sort of this a blank canvas on the outside to do something really exciting, really loud, that amplifies the character of what's going on inside."

Bitwise acquired the old county records building off Santa Fe and Ventura and quickly renovated it. The 50,000 square foot building will be home to 24 technology companies including Ordrslip.

"Just new opportunities and a lot of new faces. There aren't a ton of people that have come over from (the first Bitwise building) South Stadium. It's nice to meet more people, and this building is much more of a creative building," said Derek Payton of Ordrslip about being one of the first tenants in the Hive.

More office spaces are being developed in the warehouse under the mezzanine, and a kitchen is also on hand for employees. The space will also come with a few futsal fields, a sport similar to soccer.

"The folks came to us and said, 'What if we put futsal back there?' We thought that would be an awesome use to create a community and give an outlet, sort of like we have the gym at South Stadium," Soberal said.

Inside the warehouse, Bitwise is planning on turning shipping containers in 18 office spaces, something similar to what you'd see in Los Angeles or Las Vegas.

"It would allow some of these tenants that are chomping at the bit to find a spot sooner than later, and for us, there has been this momentum that's been built in Downtown Fresno, around and through the technology industry, and we don't want to give that way," Soberal said.

Demand for rental office spaces at Bitwise has been on the rise, and the Hive isn't the only new Bitwise location on the way.

Currently, construction is underway on Bitwise 41 (the old Spaghetti Factory) which will be finished in fall 2018. Bitwise State Center Warehouse opens in 2019.

Along with the original Bitwise South Stadium location, the company hopes to create a campus feeling in Downtown Fresno.