'There was no room,' says survivor: Bronx fire escape was choked with people 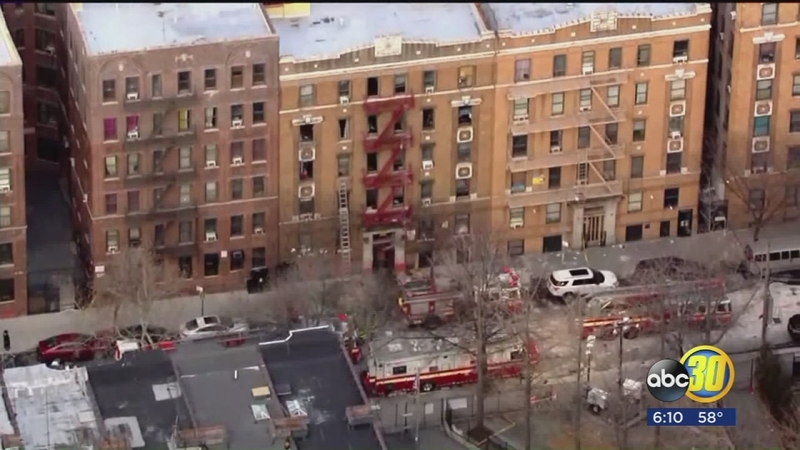 'There was no room,' says survivor: Bronx fire escape was choked with people

The Bronx fire that claimed the lives of 12 people on Thursday night included four members of the same family and a member of the U.S. Army who tried desperately to rescue others from the fast-moving flames.

Seven adults and five children were killed in the deadly fire that roared through a New York City apartment building, according to city officials.

The ages of the victims range from 1 to 63, and at least one person on every floor was killed, officials said.

One woman lost her mother and child in the fire, according to a GoFundMe campaign she created to pay for their funeral arrangements.

Christine Batiz was at work when she received a phone call she "never imagined to receive" from her mother, who was taking care of her 8-month-old daughter, she wrote.

"She told me there was a fire in the building and she was trapped," Batiz said. "I never heard from her again."

Around 1 a.m. Friday, Batiz learned that her mother and baby had perished in the blaze.

"I lost everything in a matter of minutes," she wrote, calling the ordeal a "horrible tragedy" she wouldn't wish on her worst enemy.

The GoFundMe page started by Christine had already raised over $32,000 in about 16 hours.

Both Christine and the baby's father, David Vital, attended a memorial for the victims Friday night.

Another victim was U.S. Army member Emmanuel Mensah, 28, who was on leave for the holidays, according to his father. Mensah's father told WABC his son was trying to assist people leaving the building when he was overcome.

Howard Williams, who lives in basement of the Bronx building, told WABC that his 19-year-old daughter died after she attempted to go upstairs to check on her aunt and two young cousins.

His last words to his daughter were instructions for her to go upstairs, Howard Williams told WABC. He, his wife, Elaine Williams, and the deceased children's grandmother, Anne Stewart, were able to escape the fire alive.

A fifth victim in the same family, the husband of one of the dead, is still fighting for his life in the hospital, WABC reported.

A 3-year-old boy sparked the fire Thursday while playing with a stove in a first-floor apartment, city officials said. When the family fled, they left the door open, which allowed the flames to spread into the stairwell and shoot up the staircase of the five-floor building.

Five people were pronounced dead at the scene, including a 1-year-old female, a 63-year-old female and three unidentified males, according to emergency officials. The remainder of the deceased were taken to area hospitals, where they later died.