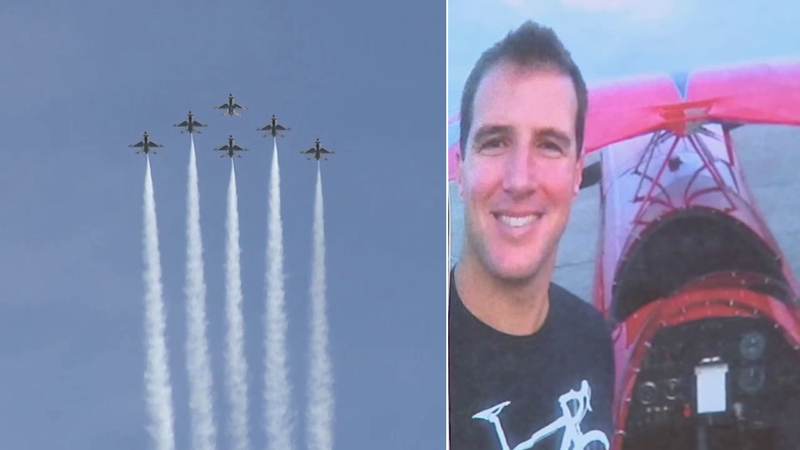 VALENCIA, Calif. -- U.S. Air Force Thunderbirds flew over Hollywood Boulevard Monday to kick off the premiere of "Captain Marvel" and also paid tribute to one of their own - Major Stephen "Cajun" Del Bagno, who was killed in a training flight last year.

The missing man formation and flyover was done above the home of the major's parents in Valencia. Joe and Cindy Del Bagno were overwhelmed with emotion and pride during the flyover.

"They're amazing. That is the pride and professionalism that they strive to do and that was beautiful," Cindy Del Bagno said.

The special aerial performance was part of a practice run for the same day of the Hollywood premiere of "Captain Marvel." Major Del Bagno served as a consultant for the superhero movie.

The Del Bagnos kept their son's legacy alive with the foundation "Cajun's Aviation Dream," which benefits kids who have a passion for aviation.

They said the tribute was fitting for their son and also for all men and women fighting in the military to keep this country safe.

U.S. Air Force Thunderbirds took off and prepared to fly over Hollywood Boulevard for the "Captain Marvel" premiere at the El Capitan Theatre.