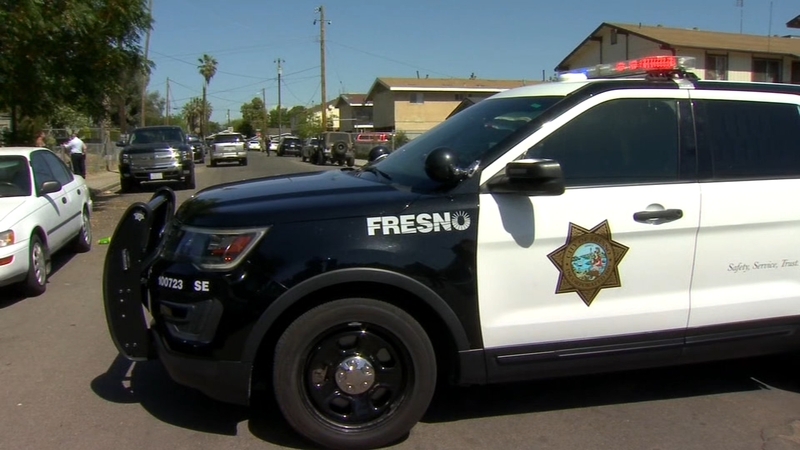 FRESNO, Calif. (KFSN) -- A 24-year-old man was killed in central Fresno after shots were fired into the car he was inside.

The man, Isaac Jackson of Fresno, was found in a car with a gunshot wound on Divisadero near Highway 41 just after 2 pm.

Fresno police have connected a second shooting about two miles away at Inyo and Backer Avenues to this homicide.

Officers say two men were sitting inside a vehicle in front of an apartment complex when at least ten rounds were fired at them.

Jackson was in the passenger seat and was struck by gunfire.

The driver tried rushing him to the hospital, but only made it to Divisadero and 41.

There, they tried to get help from officers.

"When officers arrived in this area they were flagged down by a driver and his passenger. The passenger had been struck by that gunfire. He was trying to get him to the hospital. The officers at the scene performed CPR but were unable to rescue him and he has now been pronounced deceased here at the scene," says Fresno Police Lt. Mark Hudson.

Officers say the complex the two men were in front of was also hit but no one else was hurt.

Detectives are working to determine a motive behind the shooting.

They're also still searching for the gunman.

This deaths marks the 30th murder in Fresno so far this year.

Officers say a portion of Divisadero will be closed down for several more hours.