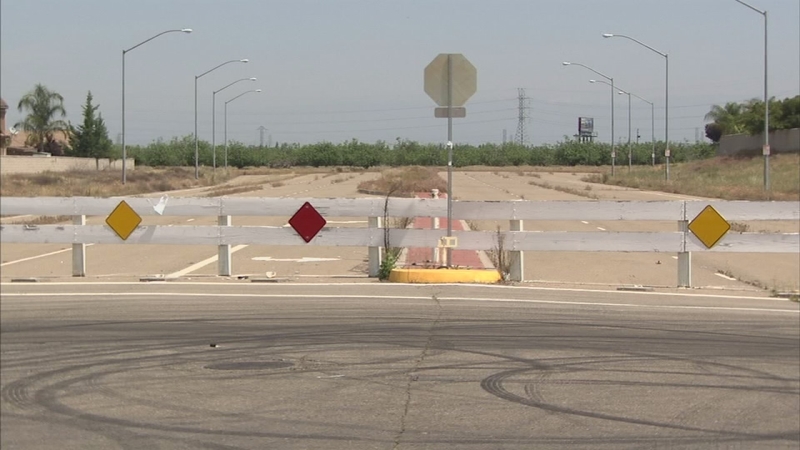 FRESNO, Calif. (KFSN) -- The city wants to build a major road and a complex freeway overpass that would connect the west side of the city.

Veterans Boulevard would begin near Herndon and Polk and would run southwest, connecting with Highway 99 and Golden State Blvd at a complex overpass that would also cross above the railroad tracks. From there it would travel to Shaw, where Veterans Boulevard would connect with Grantland. On that road, drivers would eventually connect with Highway 180.

"We would like to secure the final funding to fund the Veterans Boulevard connection which is a big component in opening up the area west of 99."

The city is short about $45 million.

City Council Member Steve Brandau was dispatched to Washington, D.C. to make the pitch on Tuesday. He told Action News, "We have been meeting with different departments. Yesterday we met with the Department of Transportation and got some great tips as far as our current application. Right now our next meeting with Senator Feinstein."

The Trump administration has talked about helping build roads and bridges, but so far Mayor Brand says the promises of real help in sharing the costs have not been generous.

"We have seen nothing so far. I think the initial offer was 80% local (funding), 20% federal. It should be just the reverse."