Woman killed, man injured after being hit by semi-truck while walking in Fresno County 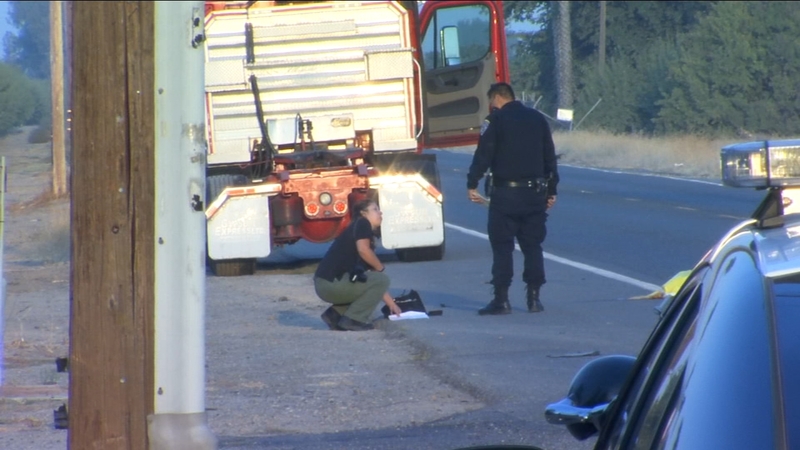 Woman killed, man injured after being hit by semi-truck while walking in Fresno County

FRESNO, Calif. (KFSN) -- A woman is dead and a man is being treated at the hospital after they were hit by a semi-truck. It happened in a rural area of Fresno County but in a community of upscale homes.

The Highway Patrol received a call about the accident just after six Wednesday morning on Shaw at Garfield. Officials say the truck driver was headed westbound on Shaw when the man and woman stepped out into his path from Garfield.

Both were hit and the woman died at the scene. The man suffered major injuries and was rushed to a hospital. Their identities have not yet been revealed and it's not known if the couple lived or worked in the area.

It was dark at the time of the collision and there are no street lights along the rural, country road.

Sgt. Matt Zulim with the California Highway Patrol said, "Just a good reminder to drivers on the road, just be careful, always drive at the speed limit, always be aware of pedestrians that may run out in front of you or anything else that might be a hazard in the roadway."

The driver of the truck stopped at the scene. He is cooperating with officers.