Trump administration announces no deal with California on fuel efficiency 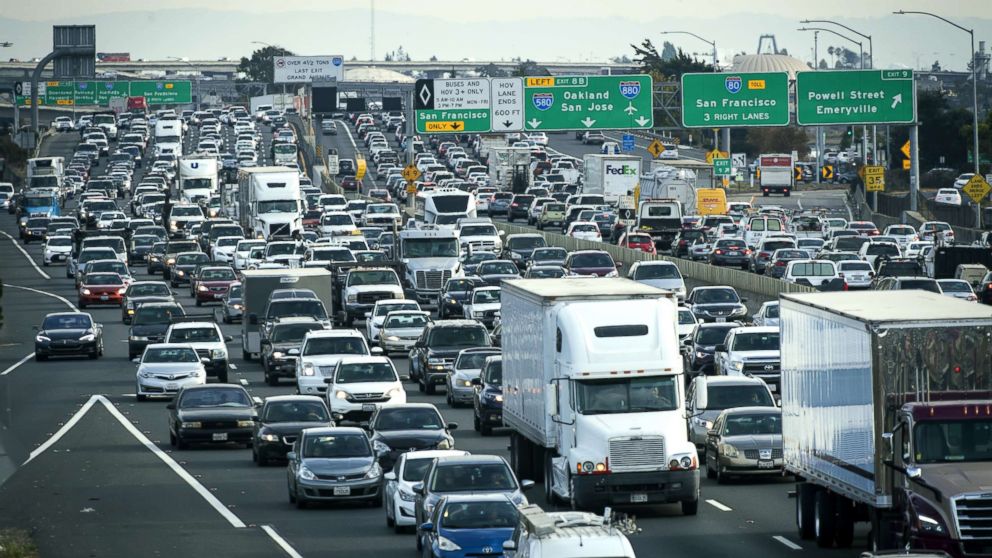 In their latest clash over environmental issues, the White House announced on Thursday that talks with California had ended without an agreement on a controversial Trump administration proposal to roll back fuel efficiency standards for cars and trucks meant to reduce greenhouse gas emissions.

The state and the administration are both pointing fingers at each other, saying they were unable to reach an agreement on changes to the rules for cars and trucks that are now likely headed for a court battle.

The Trump administration has proposed lowering fuel efficiency rules -- put in place by the Obama administration to limit pollution that contributed to climate change. The rules, known as the Corporate Average Fuel Economy or CAFE standards, would have required all cars and trucks to meet higher fuel efficiency standards by 2025.

But the Trump administration said those standards would be too expensive for consumers and it would be better to get older cars off the road instead. The proposal would have revoked a waiver granted to California that allows it, and a dozen other states, to adopt higher standards than the administration proposal.

The Obama administration hoped to drastically reduce greenhouse gas emissions that contribute to global warming, as well as other pollution that contributes to smog and health problems. The Trump administration said its proposal would result in a small increase in greenhouse gas emissions and fuel use among driver, but would also save lives by making it easier for Americans to buy newer, safer cars.

Acting EPA chief Andrew Wheeler has repeatedly said the administration wants a "50-state solution" that will be easier for automakers than if states have different requirements, but the breakdown in talks makes the future of that policy unclear. The administration says it will move to finalize its proposed rule, which will likely face more legal challenges from California and environmental groups that have already challenged the proposed rule.

In a joint statement the White House, Department of Transportation, and Environmental Protection Agency said the administration ended talks with California's environmental agency.

"Despite the Administration's best efforts to reach a common-sense solution, it is time to acknowledge that CARB has failed to put forward a productive alternative since the SAFE Vehicles Rule was proposed," the statement said. "Accordingly, the Administration is moving forward to finalize a rule later this year with the goal of promoting safer, cleaner, and more affordable vehicles."

But California officials say they haven't spoken to anyone from the administration since before Christmas, when they said they got no response to suggestions for a compromise.

"We have offered areas of compromise to begin the process of negotiations. And we have talked about those areas of compromise over the past year but the EPA has not reciprocated in any meaningful or substantive way to begin what could be called a 'negotiation,'" a spokesman for the California Air Resources Board Stanley Young said in an email.
Report a correction or typo
Related topics:
abc newsnational
Copyright © 2021 ABC News Internet Ventures.
More Videos
From CNN Newsource affiliates
TOP STORIES