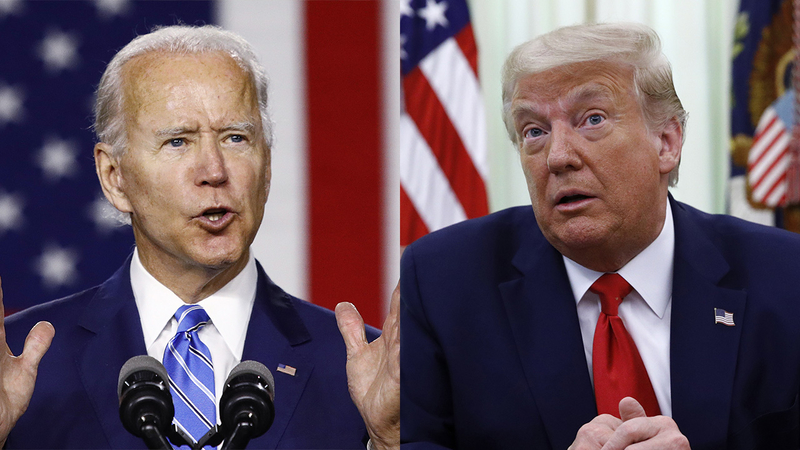 As the coronavirus crisis worsens in the United States, Biden leads Trump on the issue by a 20-point margin, 54-34%. This is a stark change from three and a half months ago, when the two candidates were nearly even in trust to handle the pandemic, at 45-43% with Trump in the lead.

Trump has taken an increasingly hands-off approach to the coronavirus crisis in recent days, even as COVID-19 cases and deaths have surged to record highs in a huge slice of the country, including areas where he has enjoyed strong support.

Kellyanne Conway, a White House senior adviser, noted that polls early in the crisis showed that a majority of Americans approved of his handling of the outbreak. This was when Trump was holding near daily briefings.

Biden has his own risks, particularly a pronounced lack of enthusiasm for his candidacy. Yet the impact of that deficit remains to be seen: For two-thirds of his supporters, it's chiefly not about electing Biden, but about defeating Trump.