Police sources: 1 dead after fire breaks out at Trump Tower 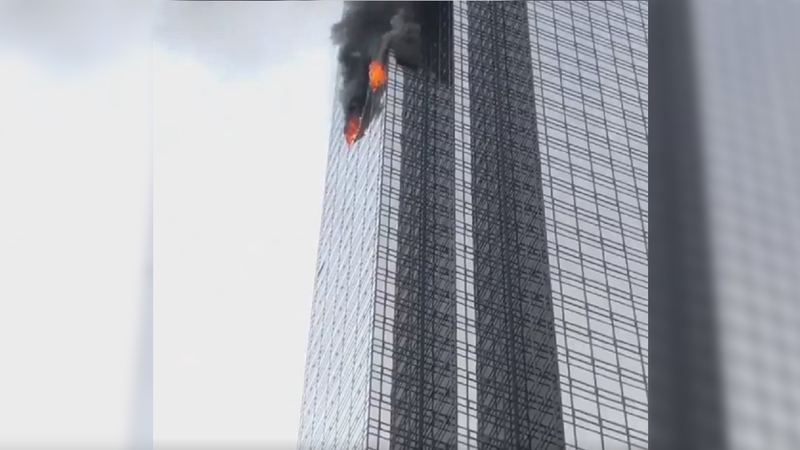 Fire breaks out on 50th floor of Trump Tower

MIDTOWN, Manhattan -- One man is dead after a fire broke out at Trump Tower in Midtown, police sources say.

The four-alarm fire broke out on the 50th floor just after 5:30 p.m. Saturday. The fire is currently under control. He later died at the hospital.

CeFaan Kim was live at the scene:


Twitter video shows flames shooting out of the building.

President Trump is currently at the White House and not Trump Tower. He tweeted a thank you to firefighters once the flames were contained.

Fire at Trump Tower is out. Very confined (well built building). Firemen (and women) did a great job. THANK YOU!

Eric Trump, the president's second-oldest son, tweeted that the fire was in a residential apartment at the tower.

Thank you to the amazing men and women of the NYFD who extinguished a fire in a residential apartment at @TrumpTower. The @FDNY and @NYPD are truly some of the most incredible people anywhere! 🇺🇸🇺🇸

There were no evacuations inside the building, but some people self-evacuated.