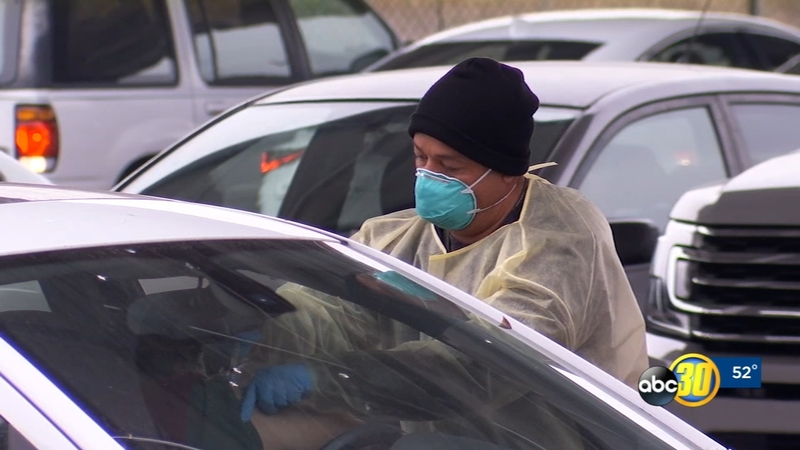 TULARE COUNTY, Calif. (KFSN) -- More vaccines are making their way into the arms of the most vulnerable.

"We've been identified to have four Optumserve testing sites, some will also be vaccination sites," says Carrie Monteiro with the department.

They're also be receiving additional vaccines from an ongoing pharmacy program with the federal government.

Tulare County numbers show nearly 38,000 residents have been vaccinated with about 64% of those receiving at least one of the two doses.

So far, nearly 8% of the county's population has received the first dose.
Monteiro says they're expecting 10,000 doses this week, and hope to expand services as they get more vaccines.

She says 30,000 doses are in arms already, representing 13% of the Madera County population who have received at least the first dose of the vaccine.

The area will also have an OptumServe vaccine site, but Bosse says the transition to state technology is a challenge.